The Two Bulls Fire erupted Saturday afternoon in the vicinity of Tumalo Reservoir. The cause of the fire is still under investigation as residents of Bend are waking to a smokey Sun Morning. By Saturday evening residents in the area of upper Skyliner Rd and the Saddleback subdivision had been asked to evacuate and level 2 (pre- evacuation) notices were given to residents west of Mt Washington Drive and North of Century Drive (an area that includes the Broken Top and Tetherow developments). Northwest crossing (east of Mt Washington Dr) has been put on a level 1 alert. Many residents helped evacuate animals from the affected areas on Saturday afternoon. The fire was popular for residents and visitors with cameras; Pilot Butte and Aubrey Butte were crowded most of the afternoon and into the early evening with a host of camera wielding curious visitors. Multiple agencies responded to the fire that was spotted at 12:48pm from Black Butte fire lookout according to the interagency dispatch center. Incident command listed that the fires are staffed with 3 hand crews, including the Redmond and Prineville Hotshot crews, 13 engines, 3 air tankers, 2 helicopters, a dozer, and a water tender. As of Saturday evening the fire was reported to be zero percent contained. For more info and to stay up to date on evacuations visit http://inciweb.nwcg.gov/incident/3889/ 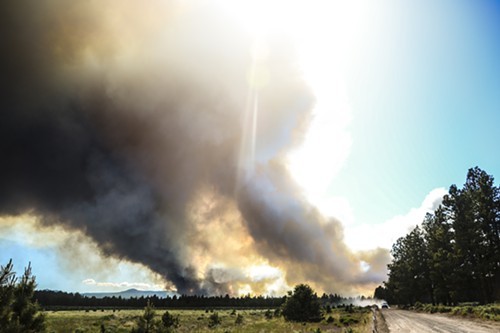 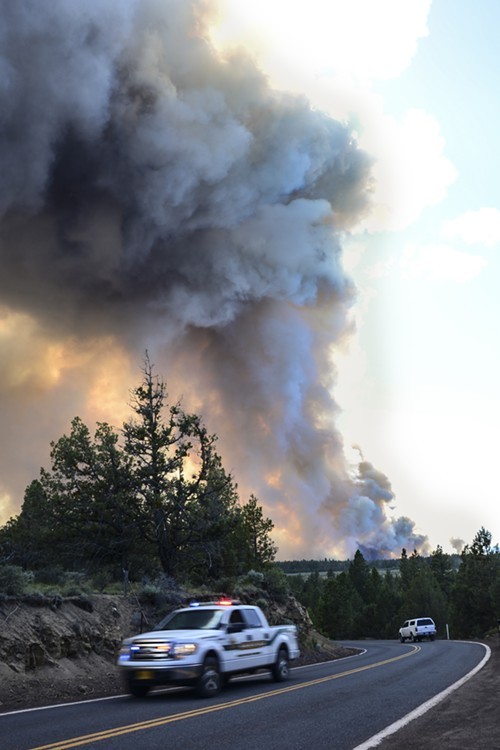 Matt Fox is a Bend based photographer and photography teacher. His work appears both online and in print. Matt has worked with a variety of clients and as a freelance photojournalist. When not taking photos Matt teaches high school journalism, photography, and graphics at Mountain View High School in Bend. Matt...
More
Prev
Next