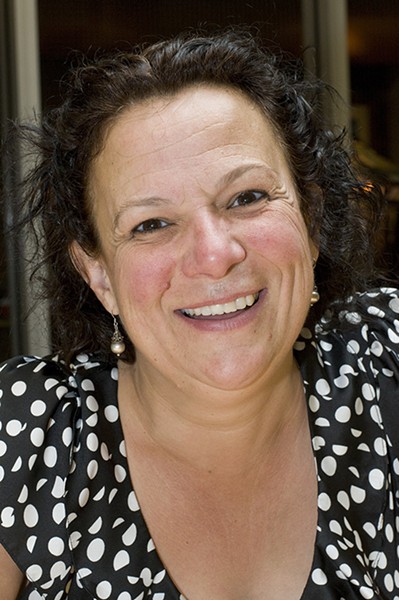 Source Weekly: What is your age, occupation and political affiliation?
Barb Campbell: I am 50 years old and I am the owner/creator of wabi sabi, the store downtown across from the Tower Theatre where we sell cool Japanese stuff and host events for kids of all ages. I have been a middle school science teacher, a homebuilder and a server at a number of our local eateries. The City Council race is nonpartisan, which I think is a good thing. I hope it allows Councilors to represent their constituents instead of their party. (I’m a registered Democrat.)

SW: How long have you lived in Bend?
BC: More than 20 years.

SW: Why do you want to be a City Councilor?
BC: The ratepayers and taxpayers are getting a rotten deal. Overpriced, over-engineered projects that are rubberstamped without adequate oversight have caused our utility rates to skyrocket. The voters need better representation. As a business owner and a homeowner, as someone who has lived in Bend and seen the dramatic changes of the booms and busts, I want to be the leader that preserves the character of this exceptional place we love and spearheads the changes needed to make Bend more livable for everyone.

SW: How many City Council meetings have you attended in the past year?
BC: 5 or 6.

SW: Have you previously held a public office or participated on a civic committee?
BC: I am the co-founder of Slower Safer Bend, a grassroots organization dedicated to building a safer, more livable community by taking back our streets. I haven’t held public office.

SW: Names three things you hope you change if elected.
BC: 1) More effective public process. The Surface Water Improvement Project, the Mirror Pond Project and the citing of the new OSU campus are all examples of the poor job the city has done involving citizens in the changes that will directly affect their lives and neighborhoods. 2) Neighborhood street safety. Hundreds of families have filed service requests with the city because they don’t feel safe on the streets in their own neighborhoods. Of more than 300 request filed in the last few years, only 3 have resulted in any action by the City. Our future growth must include plans for making our city safer for people who choose to use alternative transportation. 3) Better oversight of city projects. We have been burdened with the costs of consultants, engineers and planners for boondoggle infrastructure projects that are making it harder and harder to live in the city we love.

SW: What’s your take on Mirror Pond, the UGB and vacation rentals?
BC: All of these show the need for better public process. The City and the Parks Department spent upwards of $200,000 on an unscientific survey that got us exactly nowhere in our quest for a solution for Mirror Pond. They might have gotten off to a better start on the UGB expansion with the opportunity for online comments. The discussions about what to do about the growing number of vacation rentals that are changing the character of some of our most beloved neighborhoods are just starting. I will work to make sure there are plenty of opportunities to contribute in the planning the changes that affect their quality of life.

SW: Why are you the best person for the job?
BC: I have the time and desire to tackle the job the way it is intended…as a representative of the voters. After having created my business in the depths of the recession and nursed it along, I now have a great team to lead my business so that I can lead the City. I understand that everything in Bend hinges on the quality of life we enjoy. Most of us moved here and stay, in large part, because of the exceptional beauty and outdoor recreational opportunities. If we lose that, we will have killed the goose that laid the golden egg. Attracting new jobs and industries in order that we can provide living wage jobs for our citizens requires maintaining the quality that attracts new businesses. I will fight for the livability of this exceptional place.

SW: What’s the best and worst thing about Bend?
BC: Best: I can load my dogs in my car, point us in any direction and be someplace beautiful to enjoy a relaxing walk in a half an hour or less. Worst: Skyrocketing cost of living.

SW: What’s your favorite band/musician?
BC: Neil Young. (He and I share the same birthday! Charles Manson too, but I don’t usually mention him.)

SW: What "Simpsons" character do you most identify with?
BC: Lisa. Although I don’t play the saxamaphone!