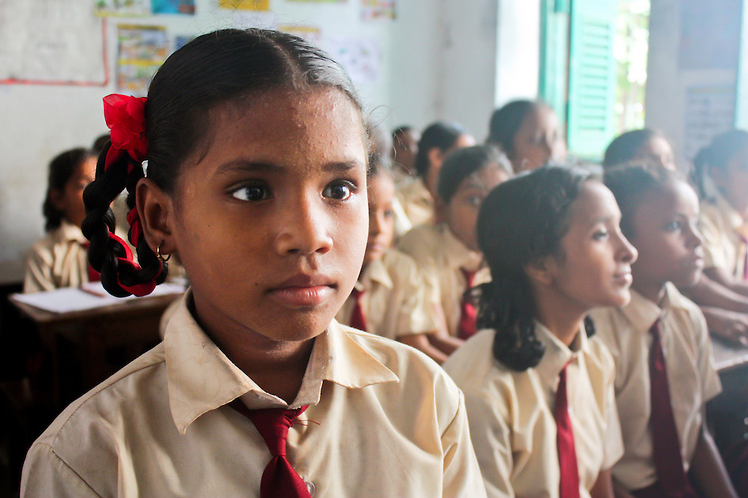 As a lead up to the third annual Muse Conference (March 6-8 in Bend), World Muse and BendFilm host a screening of Girl Rising, tonight at 5:30 pm at McMenamins. The film, from Academy Award-nominated director Richard E. Robbins, tells the stories of nine girls in the developing world who must overcome seemingly insurmountable challenges, just to get an education.

Beyond the award-winning film, Girl Rising is an international movement, using storytelling to promote access to education for girls and women around the globe, and is currently launching programs in India, Democratic Republic of Congo and West Africa with the help of funds from USAID.

A Q&A with the film's director—posted to the project's website—explains the unique approach to creating the film as well as its desired impact. Check out an excerpt below and read the whole interview here.

The film is a hybrid of a documentary and narrative film. Can you explain what that means?

Well, my approach to filmmaking is about problem solving. So when we decided that we wanted to tell the stories of these girls, we began to talk about the most effective ways to do that. And each chapter is different. Some involve actors. Some don’t. Some involve scripted dialogue, while others have no speaking at all. For us it was really about the best way to tell each story. I like to think that we have the best of both worlds – the truth of documentary with the control and flexibility of fiction.

What you have is real girls playing themselves in slightly fictionalized accounts of stories from their own lives. I’ve never known exactly what to call that, but I think the result is extremely compelling.

You found an incredible group of women from around the world. How did you cast the girls?

We probably met thousands of girls in pre-production. In each of our countries we worked with our partners who deal with these girls every day- organizations that work directly on girls’ education issues. They helped us meet girls. So we travelled a lot, doing dozens of interviews in each location.

But the final selection of each girl was made by the writer who helped tell her story. To us the whole idea was that we wanted our audience to hear a story from the girl’s point of view – so the story needed to be crafted by someone who understood the girl’s situation better than I could. That emotional connection was really the most important thing, because we want to make the audience feel for the girls. Our writers are very accomplished women who come from the same country as the girl. Each chose a girl she felt connected to, then they spent some time together, and the stories emerged from that.

The film is part of a larger cause led by the 10 X 10 Foundation, to educate girls around the world from impoverished countries. Can you talk about the overall goals and how the film contributes to them?

We laid out three goals at the start. That’s pretty unusual to begin with for a film project, but we felt it was important. We began to talk about them in three simple phrases: Change minds. Change lives. Change policy. The lives we want to change are those of the millions of girls out there struggling to get an education. The policies are made by our government, and those around the world. Achieving those changes is the core of 10x10’s mission. That is really channeling the money and energy we can generate into the right places.

But my job – the job of the film, is to change minds – not just to make people understand that girls’ education is important, but to make them believe that the change we need is possible. That these girls are just like our girls. Like girls everywhere. Smart, powerful, and eager to make the world better.

How did you get involved with this project?

For better or worse, this project was my idea. I was researching a project on a related subject when I stumbled onto some the new studies about the power of educating girls. It blew my mind. I had the reaction that I hope our audience will have – “This is amazing!” and “I have to do something to help!” For me, help became making this movie. I never dreamed it would grow to the scale it has, but there are a handful of subjects that ought to be given as big and ambitious a treatment as we can muster – and this is surely one of them.
 
View the film's trailer below.