Relive the Women's Marches at the High Desert Museum | Bent

Relive the Women's Marches at the High Desert Museum

Following the inauguration of Donald Trump on January 20, men and women alike gathered together for marches all across the country. The Women's Marches drew record-breaking numbers in Washington D.C., Los Angeles, Portland and many other cities, but Bend's demonstration also saw large crowds. The Source has already covered the Solidarity March, but local organizations are carrying on its legacy. 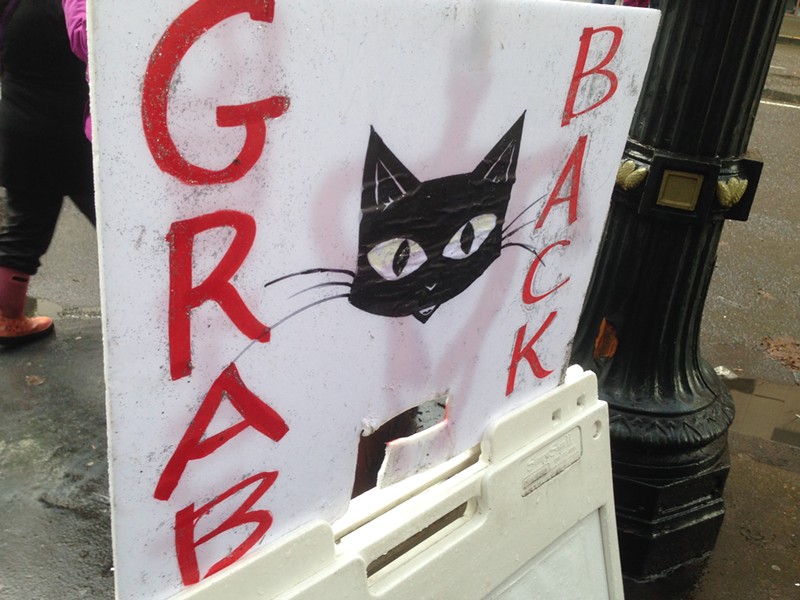 In order to better document this important piece of Bend's history, the High Desert Museum is asking attendants of the protest to share their experiences. The museum's curators are looking for signs videos, and photos from the event. Any digital media can be sent to dfagan@highdesertmuseum.org, or bring your signs to Cascade Publications (404 NE Norton Ave., Bend) or the Museum's main location (59800 S Hwy. 97, Bend)

"We see the historical importance of this event and would like to capture as much of it as possible for prosperity and future curators," said Damian Fagan of the High Desert Museum.

The staff at the Museum feels the march deserves a place in their archives, but they stress that they aren't taking any sides in the political debate.