Emergency crews have busy night ahead cleaning up 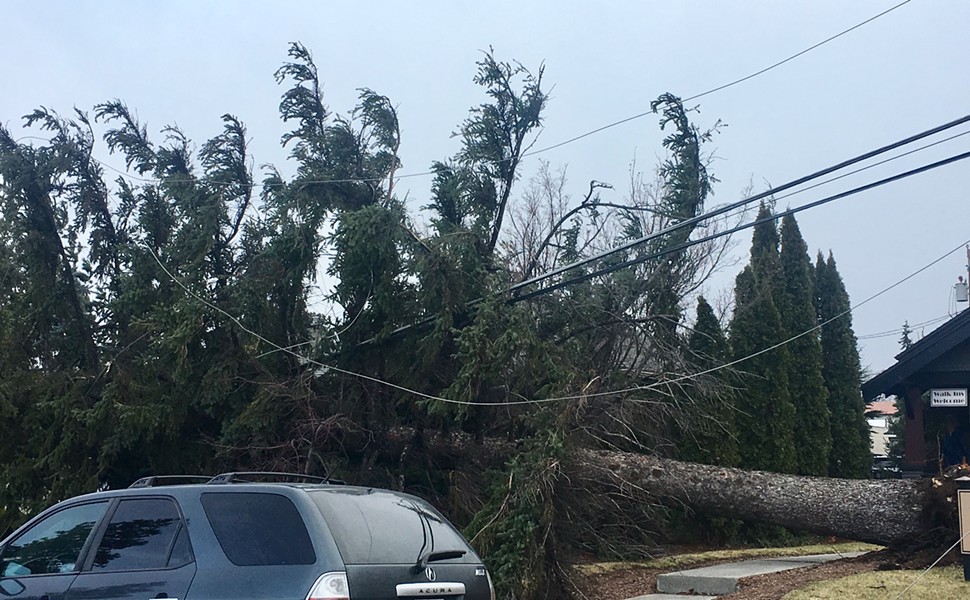 You may have noticed the constant stream of fire sirens this afternoon in Bend. That’s because the Bend Fire Department responded to at least 17 calls in a span of just over two hours from late morning until mid-afternoon.

City of Bend Battalion Chief, Dave Howe wrote that there were at least eight calls for downed power lines and as of , parts of Northeast Third Street, including restaurants and businesses along the corridor were still experiencing power loss.

An wind-driven field fire raged as an old brush fire spread from its embers for a previous burn pile. Four engines responded to control the blaze, though no damage was reported. A severe weather alert for Central Oregon and those areas above 2,000 feet is still in place with wind gusts potentially reaching 50 mph.

Howe wrote, “Bend Fire would like to remind people to avoid driving into areas where there are down power lines. It is very hazardous, and cars driving through the work area can distract and endanger workers who are trying to make repairs. If you see barricades blocking a street, please find another way to go.”