15 year old in custody after alleged threats involving a firearm

February 28, 2018
comment
The Deschutes County Sheriff's office says they've arrested a La Pine High School student today after an alleged threat to the "safety of students at the school."

According to a release issued this afternoon, a student at the school approached the School Resource Officer this morning to tell the officer about the alleged threat. Cops say they interviewed students throughout the morning, eventually identifying a 15-year-old male student who had allegedly been making threats "to the safety of students and staff on three occasions over the past two months."

Cops say the most recent threat happened two days ago and involved a "threat of violence at the school involving the use of firearms." 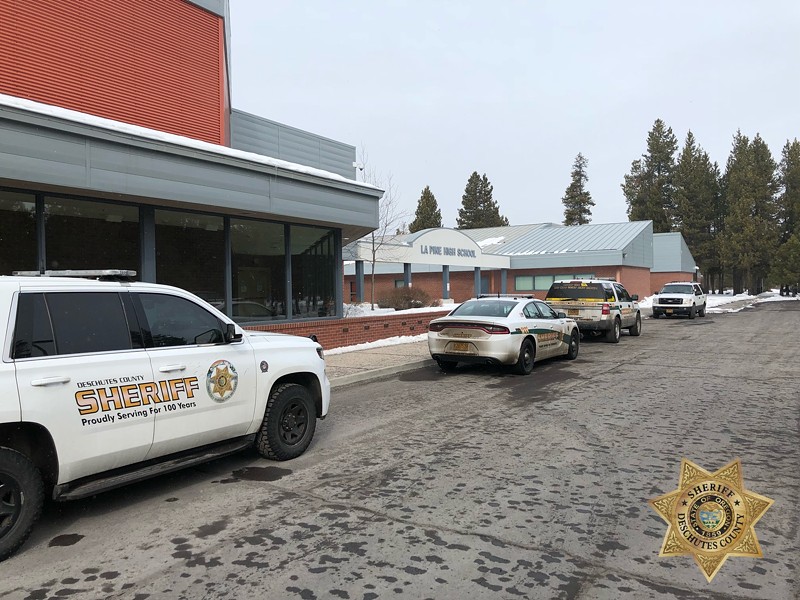 DCSO says the student did not have a firearm on him or on school grounds, though they say he did have access to unsecured firearms at home.

Cops say they took the student into custody and took him to the Deschutes County Juvenile Justice Facility on three counts of Disorderly Conduct 1.

On Monday, Superintendent of Bend-La Pine Schools, Shay Mikalson, sent a letter to Oregon legislators, urging, among other things, for legislators to change the maximum detention time from 36 hours to 10 days when youth are arrested on misdeameanor charges related to weapons offenses, or when they're arrested for alleged threats against others.

That call to action came after a Bend Senior High School student was arrested for allegedly making threats at that school last week.