How we regular folk got to enjoy Sundance, the premiere U.S. film festival

After the alarm clock jolted us awake at 3 a.m. for a flight from Redmond to Salt Lake City, Utah, it would be nearly 24 hours before our heads hit pillows again.

Over a four-day run, my wife, Floy, and I would see five features, three documentaries and two collections of shorts during the 2020 Sundance Film Festival in nearby Park City, with starting times ranging from 9 am to 11:30 pm. We were among the approximately 130,000 film fans and industry insiders who invade this quaint mountain town every January. This year's visiting celebrities included Julia Louis-Dreyfus and Will Farrell, promoting their Sundance selection, "Downhill," which goes into wide release on Valentine's Day. 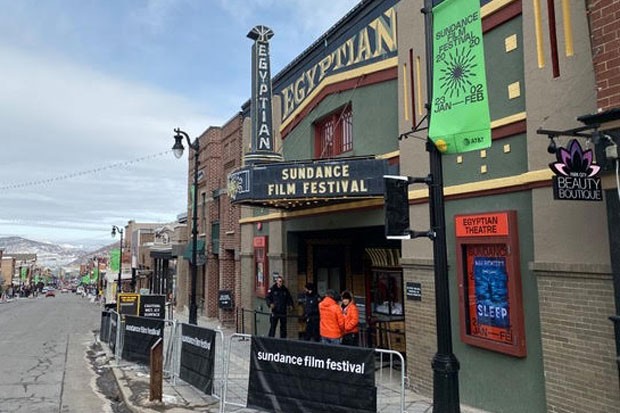 The 10-day event is considered by many to be one of the world's most influential film festivals, second only to Cannes. We were invited to attend by an old fraternity brother from Kansas State University. For the past 30 years or so, he and his family have lived in Park City, where the festival began in 1985. Back then, our host recalled how organizers stood outside venues handing out free tickets. The festival has since expanded to include screens in Salt Lake City. Once the organizers had announced the film schedule in December, we emailed our hosts a list of films that appealed to us, covering a wide swath of genres. We weren't particular and said we'd be happy with whatever our hosts could come up with.

Sundance is staffed by more than 2,400 volunteers—many of whom return year after year, according to the Sundance Institute website. As volunteers at BendFilm, we greatly appreciated their efforts. 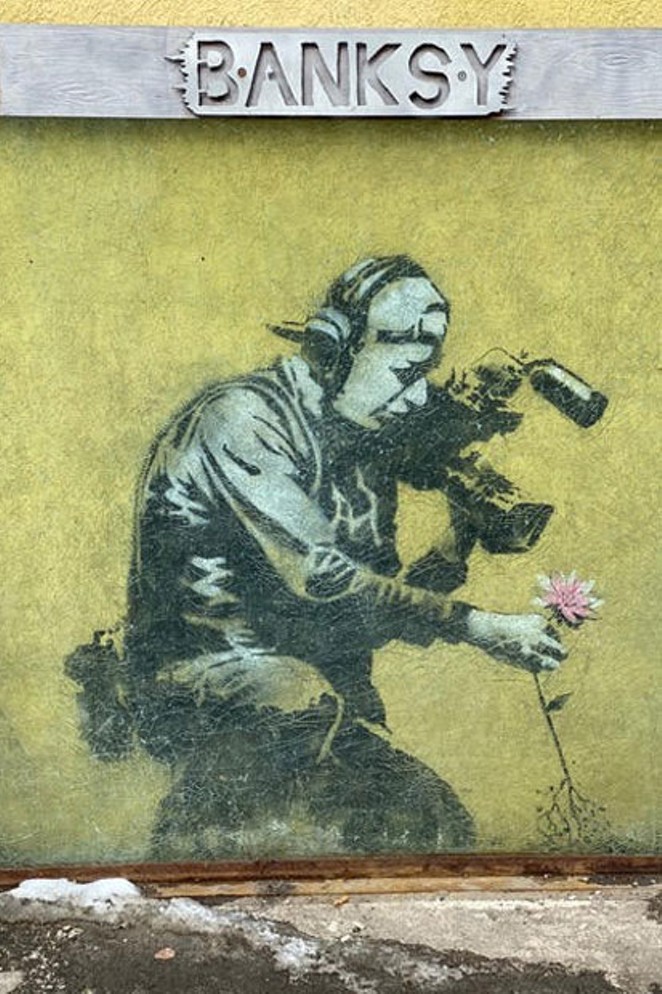 Another team player is Park City's zero-emission electric bus system that ferries filmgoers between venues and back and forth to park-and-ride transport stations, all for free. Traffic around Park City is like a swarm of bees buzzing around a hive. The festival also has a decidedly international flavor; different languages and accents can be heard while standing in line and walking the sidewalks.

Venues included the historic Egyptian Theatre in downtown Park City, big rooms in hotels around town, a sprawling theater connected to a local high school, the historic Tower Theatre operated by the Salt Lake Film Society and the sparkling Rose Wagner Performing Arts Center in downtown Salt Lake City. No matter how early we arrived to a screening, dozens of people were already in line—though we always found decent seats. Huge white tents were set up outside venues so that patrons could keep warm while in line.

Floy's favorite film was the documentary, "Dick Johnson is Dead," which won a U.S. Documentary Special Jury Award for Innovation in Non-Fiction Storytelling. It dealt with aging and dementia, with director Kirsten Johnson filming her 86-year-old father as they dealt with his diminishing health. It had more comedic than dramatic moments, and provoked tears as it reminded us of the last years that we spent with Floy's father, Skip, who also had some dementia.

The following afternoon, Floy spotted filmmaker Johnson at a sidewalk cafe and went up to tell her how much the film touched her. Johnson could not have been more genuine and gracious as she posed for a photo with us and entered her email address into Floy's phone. She even asked if Floy had any favorite dementia stories about Skip. 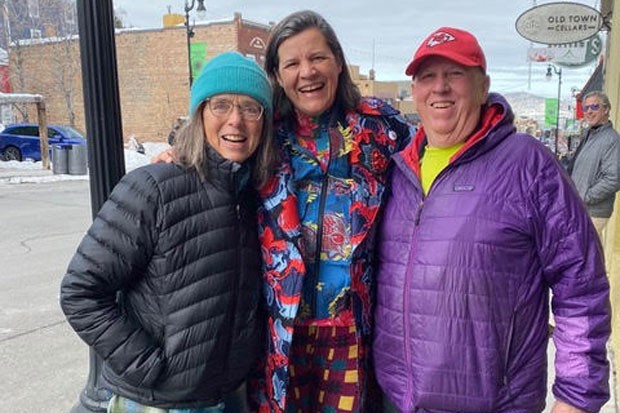 My favorite screening was a documentary, "Whirlybird," which won the Amazon Studios Producers Award for Documentary Features. It was about the husband-and-wife helicopter pilot/camerawoman team that from the air covered major news events in Los Angeles, including wildfires, the O.J. Simpson freeway pursuit and the 1992 riots. It was a fascinating portrait with a wealth of archival TV news footage of real-time events. I'll just leave it at that to avoid any spoilers.

My biggest surprise of the festival was how much I enjoyed the documentary, "Happy Happy Joy Joy: The Ren & Stimpy Story," about the groundbreaking cartoon series and its controversial creator, John Kricfalusi.

We also came away from Sundance with a "small world" story. Our hosts had a single extra ticket to the documentary, "Once Upon a Time in Venezuela," so they instructed us to find someone to give it to. While in line for our first film that day, Floy waved it around, announcing "free ticket." We found no takers.

In line at our second film, I stood next to a Navajo woman from Gallup, New Mexico, where I had worked covering the Navajo Nation for the Gallup Independent. It turned out that we had mutual acquaintances, and our new friend gladly accepted our free ticket to the screening that afternoon.

And now, in the meantime, we'll continue to support BendFilm and all its activities, including its 17th annual festival set for Oct. 8-11.