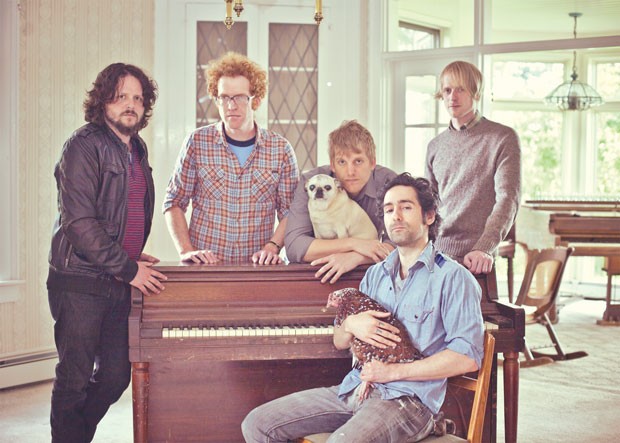 For some bands, certain albums in its catalogue warrant a little more hype and celebration—especially when the 10-year anniversary of its debut rolls around. Be it a debut album, a best-selling album or an album that made a cultural imprint on the music industry, those albums tend to mark a breakthrough for the band. For Portland's Blitzen Trapper, it's the breakthrough album, "Furr." The band released the album in 2008. On Sep. 14, the band members will honor the original album with a deluxe edition release and a North American tour, during which they'll play the album in its entirety.

"It's cool," says Eric Earley, Blitzen Trapper's lead singer and songwriter. "I mean, we've played a lot of those songs a lot over the years, but it'll be cool to play the whole thing. It doesn't feel like 10 years."

Earley and the rest of the members have been experimenting with rock, country and folk music since the year 2000. The band self-released its first three albums before signing to popular Seattle indie record label Sub Pop in 2008. That same year, the band released "Furr" to critical acclaim. Rolling Stone ranked it number 13 on its list of the Best Albums of 2008.

Come September, Blitzen Trapper fans will be treated to a deluxe edition of "Furr," accompanied by 10 extra tracks from the same recording sessions. Seven of the tracks were previously unreleased, while three others appeared as Record Store Day singles over the years. For the expansion of the album for the 10-year anniversary, Earley says it was mostly a matter of digging up the old tracks from those recording sessions.

"We've played a lot of those songs a lot over the years, but it'll be cool to play the whole thing. It doesn't feel like 10 years." —Eric Earley tweet this

"We did that record with Sub Pop and they had a list of songs I turned in," Earley recalls. "We had to find all the songs that were never released, and there were quite a few."

Over the years, Blitzen Trapper has released nine albums and has cemented itself as a strong creative force not only in the Oregon music scene, but throughout the country. The band's last studio album, "Wild and Reckless," can often be seen as a companion album to 2008's "Furr" due to the themes included on both albums. The idea for "Wild and Reckless" came from a much different place, as the album was expanded from a rock opera of the same name the band worked on with Portland Center Stage at The Armory. Initially, the accompanying album was limited to 500 vinyl pressings and 500 CDs sold only at the performances of the show, but now fans can stream it on Spotify.

Presently, Earley doesn't have plans for the next Blitzen Trapper album. He and the rest of the band have their focus on the next tour, which runs from September through November and includes playing "Furr" in its entirety. Since "Furr" introduced so many fans to Blitzen Trapper, it's exciting for band members to have a chance to hear all of the songs live. As for their show at Munch and Music this week, I've got my fingers crossed to hear my personal favorites, "Feel the Chill" and "Shine On" from "VII."