Every quarter, a group of women in Central Oregon raises money for a different cause

Founded in 2006 by Karen Dunigan of Jackson, Michigan in order to raise money rapidly for local charities, the 100 Women Who Care organization now spans across North America and Singapore and is actively assisting multiple local charities receive the goods and services they are in need of.

In honor of Women's History Month, the Source Weekly snagged an interview with Kristin Betschart, the current Leader for the Central Oregon Chapter of 100 Women Who Care. 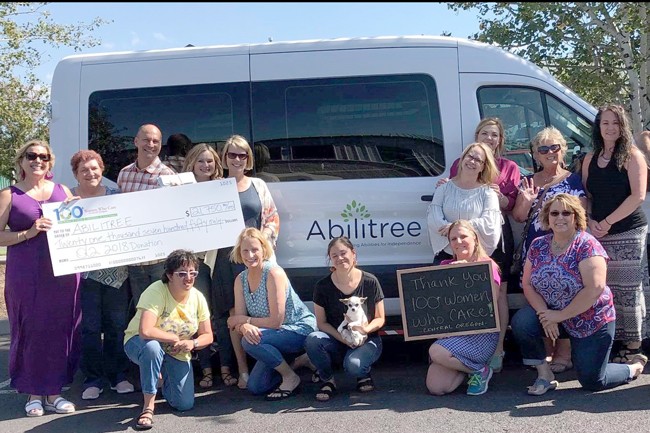 Source Weekly: Can you describe what 100 Woman Who Care for Central Oregon is?

SW: What charities does 100 Woman Who Care for Central Oregon donate to?

KB: So basically, if you're a member of 100 Women Who Care—and all that really means is that you've made a commitment to write a check each quarter to the voted-upon nonprofit. So, the members that are active in the organization can nominate a nonprofit, so they're out and about in the community. And they realize, Oh, I see a need here. And so then, once a quarter, we pull three nonprofits out of that pot, whoever's been nominated. And then those are the three that become voted on, by the whole membership base.

KB: Basically, if a nonprofit is nominated, they come to us with a presentation and they'll say, "If we are awarded the funds, here's what we're going to use them for." So, for instance, there's the community shower truck. And you may have heard that they basically go around to homeless areas, and they provide a shower truck where homeless people can come and shower. And so, they came to us and said, our shower truck is needing some repairs, it needs to be replaced. We'd like to donate this shower truck to a community that doesn't have one at all. And we'd like to upgrade ours. So that gave us a real visual of where our money would be going. So, it's every organization kind of has their own needs. 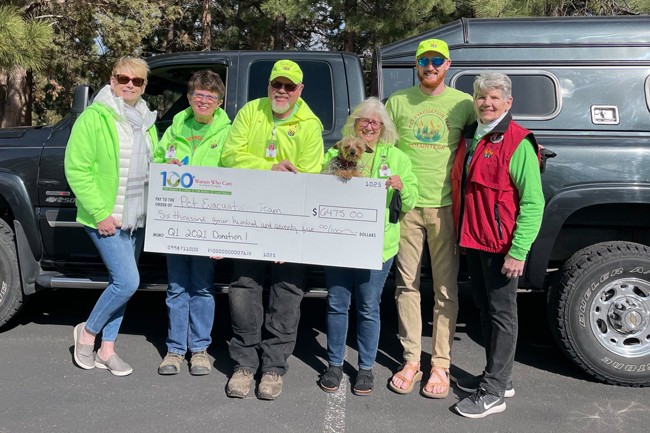 KB: Basically, that is the motto. So generally, the way it works is once a quarter, you come to a meeting in person, you vote on whoever or whatever organization is at that meeting, you write that organization a check for $100 and then we collect from those that aren't able to be in the room. And basically, some people write more than $100. We usually average about $20,000 per quarter, which is what we're donating out to the community.

SW: Could you tell me some goals the Central Oregon chapter is currently working on?

KB: We have three main goals. One of our main goals is to continue to learn about more nonprofits in the area. And then our second main goal is to get back to in-person meetings—we haven't been in person since when COVID hit in March 2020. And then, we really want to maintain our current membership, we've got a really strong base that we want to bring in. There's a lot of new people to Central Oregon that maybe don't know about us. And then there's also the next generation of people that we want to start bringing into 100 Women Who Care.

SW: That leads into my next question, how many women are in the Central Oregon chapter?

KB: Here in Central Oregon, our membership wavers between 100 to 200. So, we have about over 100 active members.

SW: What's something you think Central Oregonians should know about your organization?

For more information on the organization visit 100wwcco.com.