The Brown Owl offers delights in its food cart, but its owners are also wise to the benefits of an adjacent cozy bar

Let's just be up front: If you haven't been to The Brown Owl, you're missing out. The food is tasty, the drinks are satisfying, the staff is awesome, and the atmosphere will keep you there for hours—which is exactly what owner Lisandro Ramon wants.

You might be wondering why we've named this spot best food cart in Bend, when it seems to be more like a restaurant with a relatively new permanent location and a permanent bar space inside the Box Factory building. But the food cart is still the heart of the place—where all the food comes out—and without it, The Brown Owl would just be a snazzy, reclaimed wood-lined place to grab a drink.

"We're the only place like this in the whole state," Ramon said. "The state doesn't really know what to do with us." 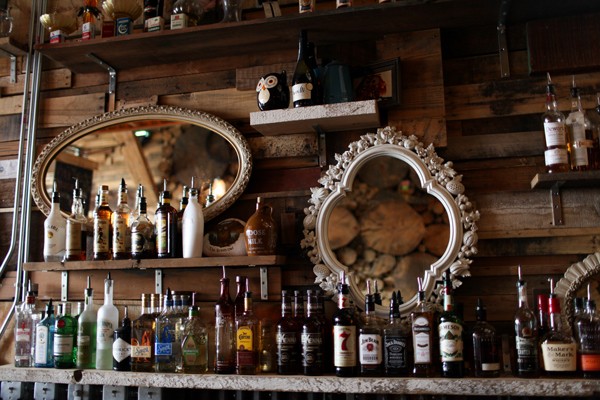 It can be a little tricky to figure out how ordering works the first time you visit, but once you have it down, the setup is pretty streamlined. Show up, grab a menu outside and order your "modern comfort food," as Ramon describes it, right away. Or snag a table first, if you want to contemplate your meal options sitting down. Drinks are ordered at the bar and paid for separately. Crave-worthy food options include The Sando, featuring buttermilk fried chicken, fried egg, cheddar and mustard mixed greens on Texas toast, and the One & One, with bourbon-braised brisket, apple/fennel/celery/arugula and horseradish aioli on a Kaiser roll.

Living in Bend, the local beer options are pretty amazing. But sometimes you want to try a new beer—something bar manager Justin Huggins is well aware of. 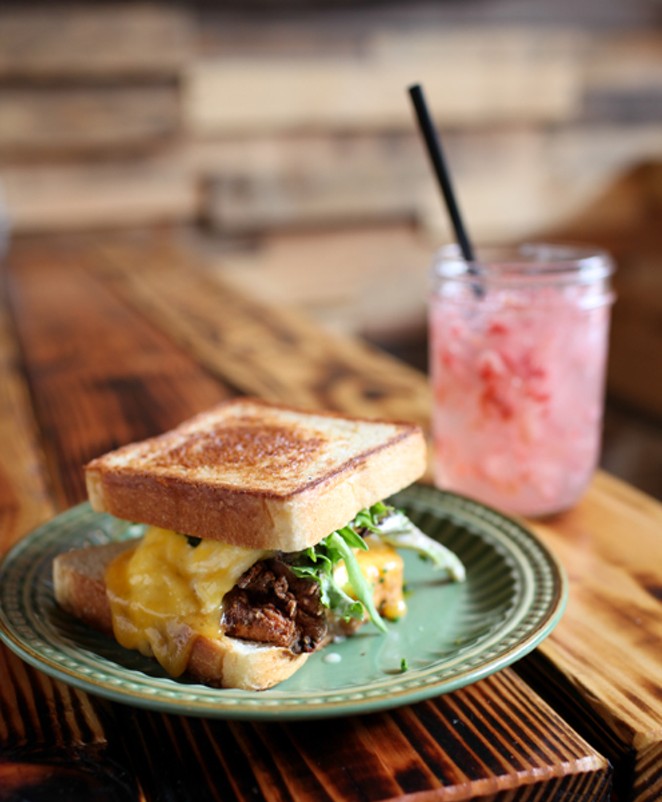 "We feature local beer, but we also want to recognize great beer from all over the world," he says. In addition to the rotating taps, the bar also features two or three tastings a month.

May will be a special month for The Brown Owl—its their one-year anniversary of moving into the permanent location is May. A celebration is in the works, and that's not the only thing to look forward to this summer. Ramon and Huggins plan to expand the patio area and fence it off, creating more space for patrons.

After an unexpectedly harsh winter serving food from a cart, the staff is looking forward to the summer. Ramon and Huggins both say the heavy snow threw them for a loop, and so far, that's been the most challenging part of being in their new location.

"Most businesses get patterns so you can say, 'I'm going to see how we did last May,' but we don't have that yet," Huggins said. "Every day is a new day and we don't always know what to expect."

The colder weather has forced the spot to close a number of days. That meant employees didn't have to brave the roads, but it also meant the garage door, a clutch feature in the summer, has stayed closed much more than anticipated. That makes it harder for people to know when their food is ready, since they can't hear cooks from the cart yell out orders. Despite the challenges, The Brown Owl crew is still excited to show up to work every day.

"It's been nice being able to hang out here," Ramon said, "It's kind of like having a clubhouse. And it's a great crew so it doesn't feel like we're going to work most days."

Ramon, Huggins and Sous Chef Randi Hobbs wants The Brown Owl to be the new neighborhood hangout, where people can stay for five hours, or grab some food and beer and go back home to eat it.

Thursday: Burger and a beer (domestic and selected cans of craft beer) for $10