2018 Delivered More to Eat and Drink

As the year ends, here's a look at some of the happenings in the food scene in Central Oregon in 2018.

Rise and fall of the small market

Last year, the Oregon Liquor Control Commission accepted applications for new retail liquor store locations in central and northeast Oregon. This year we saw more of them open. The Spirit Shop inside Newport Avenue market technically opened at the tail end of last year, but it's the only liquor store in town where you can buy groceries and liquor in the same store, albeit with separate checks. Trailhead Liquor opened on the north end of town off U.S. Highway 97, and 3rd Street Beverage on Third Street opened Dec. 20.

Gains and losses in diversity

It was a sad year for Japanese cuisine in Bend. Juno Sushi, arguably the best sushi in town, closed. Fortunately, authentic Cuban cuisine in the form of Cuban Kitchen was Juno's replacement. Another big loss was when Shibumi's Okonomiyaki Yakisoba relocated to Northern California. No other restaurant in town sells okonomiyaki, aka Japanese pizza. We don't need to be alarmed yet, but EMW: East Meets West is temporarily closed to revamp its menu. If they reopen, they say we can look forward to the next generation of Korean street food, including bibimbap and fish pocket sandwiches. There were a few restaurant openings; Poke Row in Northwest Crossing serves poke, a diced, seasoned raw fish dish served over rice, for lunch and dinner. Soorah Korean Cuisine and Sushi opened last month at the Shiloh Inn. 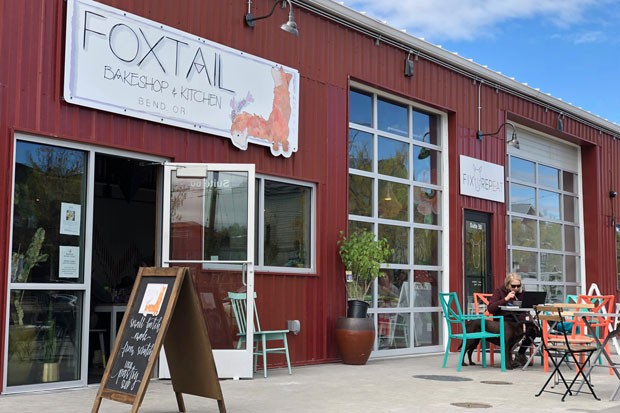 The Box Factory in the Mill Quarter area off of Industrial Way, sandwiched between downtown and the Old Mill District, pumped out dining options in 2018. It's home to Foxtail Bakeshop, open for breakfast and lunch, serving from scratch savory dishes, pastries and cakes. You can find feel-good, healthy dishes at the trendy cafe, Fix and Repeat, dishing out juices, smoothies, toast and macro bowls. Rustic bar, River Pig Saloon, with an original location in Portland's Pearl District, serves typical pub fare for lunch and dinner with a good cocktail menu and televisions that broadcast sports. Lunch options include Valentine's Deli, with a simple yet delicious menu of sandwiches, soups, salads and simple desserts like a fruity pebble rice crispy treat. The newest player is Riff Taproom, a coffee bar that's more like a brewpub, serving interesting fare and variations of cold brew coffee that take the breakfast beverage into the evening.

Across from The Box Factory on Arizona Avenue is The Podski, a food truck with rotating taps surrounded by six other food trucks: Austin Street Tacos, EMW: East Meets West, Thailandia, The Tin Pig and Big Ski's Pierogi. The food trucks surround the outdoor dining area, making The Podski a more intimate experience than other food cart lots.