2019 is Gonna Be Juicy For Handmade Moments

Just like the fruit off the Paw Paw Tree

Following a collision in their biodiesel bus in 2016, Anna Moss and Joel Ludford were on a track of recovery. Not just physically, but also mentally and spiritually as well. The Arkansas duo has since then moved through those challenges and is ready to start putting out the best music they've ever made as the band, Handmade Moments. 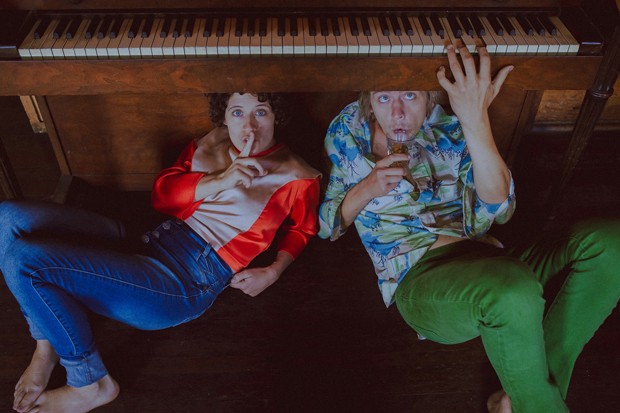 The duo's latest album, "Paw Paw Tree," stems from the eventual title-track, made first. "It's about this post-apocalyptic world after we destroyed the planet with annual agriculture. And the only place of solace is this tree that's growing fruit," says Moss. "Which Joel picked a Paw Paw Tree. It's a tree native to Arkansas and the Midwest."

The album itself is very folk-filled. Ludford describes it as "traveler music," attributed to their nomadic lifestyle. "We're travelers, and we travel light, so our music is pretty folky," he says. "It's not thick with layers. It's pretty acoustic and raw, and that's pretty reflective of our lives."

In the coming year, Handmade Moments plans to be a little more focused on albums after their tour with Yonder Mountain String Band. The band aims to release more songs and add more elements to its sound, such as a heavier percussion section or possibly even doing a country album. The duo plans to settle in New Orleans for a while, which should allow for the opportunity to create more, and also "thicken" their music. As Moss emphatically stated, future works will be "More juicy!"

"I think a lot of bands are really good when they come out, but then maybe they get spoiled or something happens, and then they're not any good anymore after the third album," elaborates Ludford. "I think we're gonna be the opposite. We've got three pretty good albums, but then it's gonna get like really juicy, really tasty soon."

Ludford and Moss don't want to become stagnant, musically or in life, so just as they hope their releases will improve, they want the world to follow the same path. Their resolutions for the new year vary from better Medicare for all, to recording their best music yet, and for everyone to try to love themselves more. This also includes a plan to try to plant trees across the U.S. with fans on days after shows.

While it might be January here, I'm sure a little frozen ground wouldn't stop the people of Bend if this was on the table.