More states going legal. More consumers getting informed. We look at what's ahead for the coming year.

As we enter the new year, there's no shortage of predictions for the cannabis industry. Having just wrapped up a tumultuous year which saw a bloodbath of job and financial losses in both the U.S. and Canada, a cavalcade of reports, articles and blog pieces predict what we can expect in 2020.

Aside from the certainty that we will actually have an entire month legitimately deemed "4/20," what follows is a compilation of everyone's best guess as to what will occur. If the cannabis industry has taught us anything, it's that the plans it makes are frequently considered by all deities as a "hold my beer" type challenge. 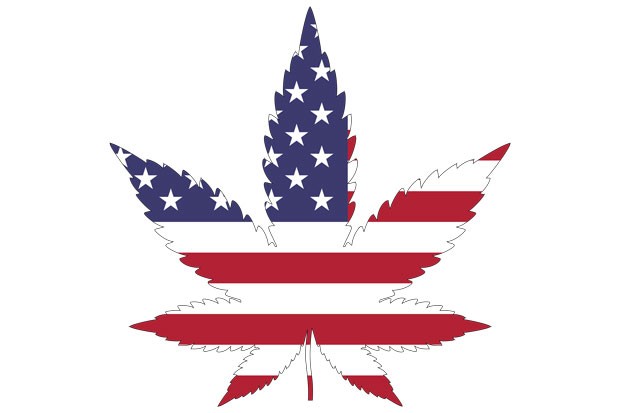 As more states have established Adult Use cannabis programs, those without such programs are seeing growing support for creating them. Be they motivated by the myriad social justice benefits such programs can provide, increased tax revenue, or both, organizers across the U.S. are increasingly hopeful this is their year. As of Jan. 1, regulated adult use cannabis programs are active in 11 states ,plus the District of Columbia, and 33 states having a program in place for medical marijuana.

The manner in which the Illinois state government passed its Adult Use program through legislation designed and enacted by lawmakers internally, instead of the traditional voter signature-driven ballot initiatives, or state house crafted referendums, adds a twist. Forbes has an overview on traditional ballot-measure legislation, which lists a remarkable 16 states which could see the choice placed before voters: Arkansas, Arizona, Connecticut, Florida, Idaho, Mississippi, Missouri, Montana, New Jersey, North Dakota, Ohio, Oklahoma, Rhode Island, Nebraska and South Dakota, and CBS News believes Virginia could be added to that list.

Yes, it would be the best thing for the industry, consumers, and those impacted by the War on Drugs, but there isn't much optimism 2020 is the year it's going to happen. Tremendous thanks and praises to Oregon's own Rep. Earl Blumenauer who worked tirelessly with other Democrats (and some Republicans) in the House to get groundbreaking legislation written and passed in 2019. But Republicans in the Senate, headed up by strident cannabis prohibitionist Mitch McConnell, are not in any hurry to see federal re/descheduling of cannabis. Although polls consistently show a growing majority of Americans would prefer to see the feds legalize cannabis, unless Democrats capture the Senate, or someone replaces McConnell, this won't be the year. Even if that were to occur, such a monumental action would take extensive time to write and implement, making 2022 feasibly the first year it could go into effect.

You will be assimilated:

Consolidation looms large for 2020. Heavy financial losses last year have widely chilled investor interest, and some analysts expect larger brands to greatly accelerate buying up smaller brands at deep discounts, in addition to giants merging with each other. Throw in some bankruptcy filings, and this year could result in a noticeable reduction in brand choices, especially among small, craft producers. While that does provide for potentially lower prices on some products, it's rare that the quality of the product improves as well. As with all agricultural products, supporting craft cannabis keeps small farms operating and independent.

Consumers are wising up:

We still know little about cannabis, but what we do know is starting to become of greater importance to both consumers and product developers. Buyers have more information and experience when making purchases and have begun asking not only about the THC content, but terpene content as well. Developers are addressing newly empowered buyers by focusing on products with particular cannabinoids and compounds such as CBG, CBN, THCV and others. Micro-dosing is morphing into precision dosing as consumers demand particular effects.

Producers will also take extra steps to ensure quality control, especially with products such as vaporizers. The "Vapocolypse" has brought producer transparency to the forefront, resulting in innovative steps that will allow consumers to track their cannabis from farm to dispensary.