Celebration for the LGTBQ+ community will feature music, vendors and welcomes back a 5k run/walk!

The first official Pride March was held in New York City on June 28, 1970. The event commemorated the Stonewall Riots a year prior - a series of nights in which the LGTBQ+ community in New York fought back against police who were harassing, arresting and physically/verbally abusing patrons at the notorious Stonewall Inn. The bar is now a nationally recognized landmark. The first march welcomed a few thousand protestors standing up for gay/trans rights and liberation, while today, marches across the world number in the millions. 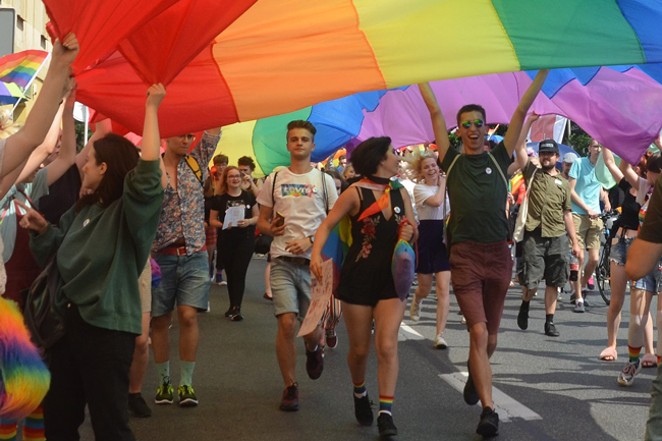 June is now recognized as LGBTQ+ Pride Month with events held across the world spanning the entirety of June. Local groups such as OUT Central Oregon, Cult of Tuck, and numerous others have been hosting events in celebration of Pride month. This has spanned from fun active meetups like Pride roller skating and night paddle adventures to art and fashion shows. Central Oregon Pride 2022 will be a culmination of a month’s worth of celebration at Drake Park. The high energy event will feature local vendors, drinks/food and lots of music and dancing!

Central Oregon Pride 2022 will be a culmination of a month's worth of celebration at Drake Park... featuring local vendors, drinks/food and lots of music and dancing! tweet this

Back this year from 2019 is the Pride 5k Run/Walk that follows an out and back trail along the Deschutes River that starts and ends in Drake Park. Paired with the run/walk is the Drag Dash which will feature Central Oregon Kings and Queens competing for the coveted title of Drag Dash Darling.

While June is officially recognized as Pride month, there are weekly and monthly events happening year-round in Bend hosted by the LGTBQ+ community. Each month brings a get together at Dogwood Cocktail Bar, an LGBTQ+ Climb Night at Bend Rock Gym, and various outdoor gatherings and tons of shows and meetups that are too numerous to list. OUT Central Oregon has an extensive list of events on its website: https://outcentraloregon.com/events/