The genre of country music has gone through a lot of changes since its earliest inception, growing to reach the masses. While it isn't the most popular genre in the U.S. today, its stars are held in the highest esteem among fans—and the pioneers of country are essentially icons. 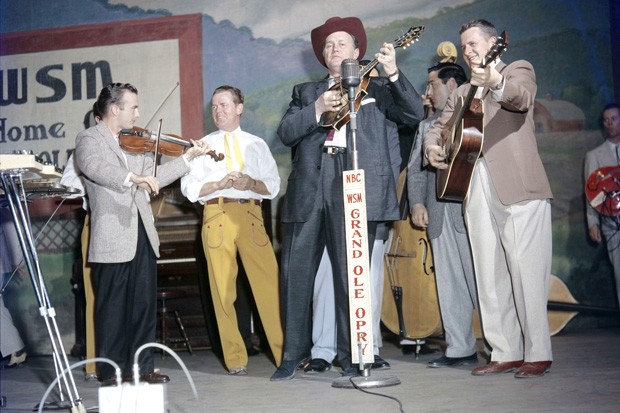 Ken Burns—whose directorial work you might recognize from series including "The National Parks: America's Best Idea" or "Baseball"—is about to shed a light on the story of country music with his latest PBS docuseries, "Country Music." The eight-part series premieres on Sun., Sept. 15.

I got a sneak peek of the first episode to give you an idea of what to expect.

The first episode, titled "The Rub," opens in Nashville, Tennessee, with singer Kathy Mattea speaking on her early days working at the Country Music Hall of Fame. It's fitting we begin in Nashville, as even today many aspiring musicians make their way there to get a foothold on their place in the industry. Throughout the series you'll see a lot of country icons make appearances. The first episode alone showcased Dolly Parton, Garth Brooks, Kris Kristofferson and many more. These stars will continue to play roles throughout the series with commentary and interviews.

As "The Rub" continues, there's a lot of dialogue on one of country music's biggest qualities: relatability. There are songs for normal days, break-ups, growing through life and just about anything else. It's here where country gets a lot of inspiration from soul or blues music.

"I believe that you can go look and find a country song for any mood you're in," says musician Charley Pride during the episode. "Any song that will help you feel better. Sometimes it might make you cry—but it'll make you feel better."

“At the heart of every great country music song is a story.”—Ken Burns tweet this

Other points include the story of Fiddling John Carson and the movement he helped spark with his country night dances, and his move into radio, which spread country music further than it ever had been before. The show examines how songs develop and change over time and tells us how some of country's earliest songs were tunes from overseas rewritten to fit the times and place of America. We also learn about the importance of technology (recording studios, transportation, etc.) to country music and how it was a crucial piece to the launch of many musicians, like The Carter Family and the initial Bristol recordings.

"The Carter family were elemental. It was the beginning of the building blocks for the rest of us," said singer/author Roseanne Cash. "Those first recordings and songs, they were captured rather than written. They were in the hills, like rock formations."

Throughout the premiere you get insight into what really feels like the birth of a musical genre, and that is sure to continue throughout the series. "Country Music" is filled with so much history and perspective that even the biggest country fans are sure to learn something new in this touching and nostalgic PBS installment.

"At the heat of every great country music song is a story. As the songwriter Harlan Howard said, 'It's three chords and the truth," Burns told PBS. "The common experiences and human emotions speak to each of us about love and loss, about hard times and the chance of redemption. As an art form, country music is also forever revisiting its history, sharing and updating old classics and celebrating its roots, which are, in many ways, foundational to our country itself."

"Country Music" Premiere
Sun., Sept. 15. On OPB at 9pm
Also available for streaming on all station-branded PBS platforms or on Blu-ray and DVD.