Looking to bring back the magic of live music, 4 Peaks scales back its operations in hopes the show will go on

In hopes of not sounding like a broken record, maybe it's best to start this story not with a cry for how live music has been altered the past two years, but instead to just say that 4 Peaks Music Festival is happening in 2021. For now, that is. And under different circumstances. But fingers crossed that by Aug. 19, the three-day festival will be allowed to continue—a sentiment that many people would agree with, judging by the fact that the festival sold out in just six hours after its initial announcement.

"It shows we don't necessarily need these huge headliners to have a festival. It's all about community and camaraderie," says 4 Peaks director Stacy Koff. "I want to bring live music back to the community and the surrounding community. Planning it for this year has always been a step forward and a step back, and trying to guess what it will be like in August is tough." 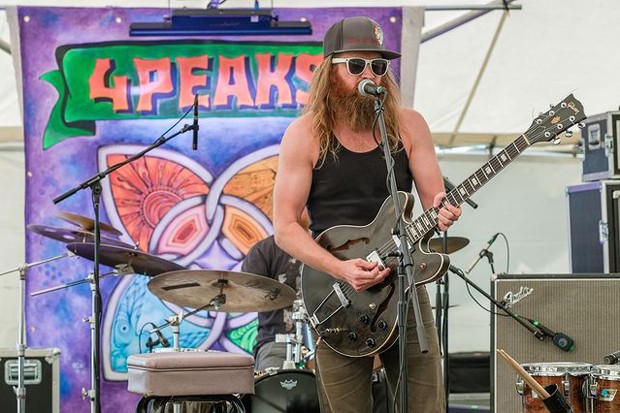 The unpredictability Koff speaks of is something Oregon has been dealing heavily with the last couple weeks. The New York Times reported on April 23 that Oregon had the highest rate of case growth out of any other state in the country. Deschutes County is at risk of moving back to Extreme Risk again. But with 4 Peaks happening in August for the first time since 2007, there is time for cases to drop and restrictions to be moved back.

Due to the lower number of tickets sold, pods won't be required—instead it will be based off of state and county regulations, such as masking up and distancing.

"Other than being at lesser capacity, it's still two stages, 18 bands, two nights, three days. We're adhering to and abiding by state and county rules by time of the event. If masks are warranted we hope to have them available," notes Koff. "Because we're all in one big venue this year, you can choose to camp and be near your car or be spread out, or be near the stage. It's all socially distant by nature."

Koff also expresses how this year's festival feels like a callback to the 4 Peaks of old, with a smaller group and a larger focus on local and regional acts.

"It's been really fun to plan. The fact that it's so scaled back, it's been more dialed in, in a manner that some people might want to see it like this again. Kind of the original 4 Peaks model."

The only thing regular 4 Peaks goers will be missing out on are some of the extra experiential activities, like silent disco. There will still be food and libations available, but this year is definitely all about the music.

Koff is excited to welcome back Hot Buttered Rum and New Monsoon who played year one of the festival. She also notes the local players as being great additions, like Maxwell Friedman, Blackstrap Bluegrass, Brother Gabe and more.

For those who missed out on tickets, you're not entirely out of a shot at a 4 Peaks experience. While there won't be an increase in spots available, there are still plenty of slots open for volunteers for those looking to help out in a more personal way. While the excitement looms for Koff and the rest of the community, she's also aware that there may be changes or setbacks along the way if cases in the county and state continue to rise. Still, Koff is staying positive.

"I do have faith that we'll have it together by then and that our county will go into Low or Moderate Risk again. We feel confident that we'll be able to host a safe event," she says. "We're super happy to bring this back in a scaled back way."

The 2021 4 Peaks festival is set for Aug. 19-22. In the meantime, check out a 4 Peaks show at the Campfire Hotel in Bend this weekend with Todd Sheaffer and Chris Thompson.