Shaking up the weed industry's "dudebro" image in Central Oregon

That Fortune 500 companies tend not to be led by women isn't exactly news. Only 33 of the businesses on the famed Forbes list are helmed by women—still, I held out more hope for the burgeoning marijuana industry.

Spawned in a sort of egalitarian lawlessness, and without the constraints of traditional regulation and business structure, the cannabis industry seemed poised to let women flourish. After a year of practicing law and representing cannabis CEOs in Bend, however, I quickly calculated that the industry appeared as male-dominated as any other. 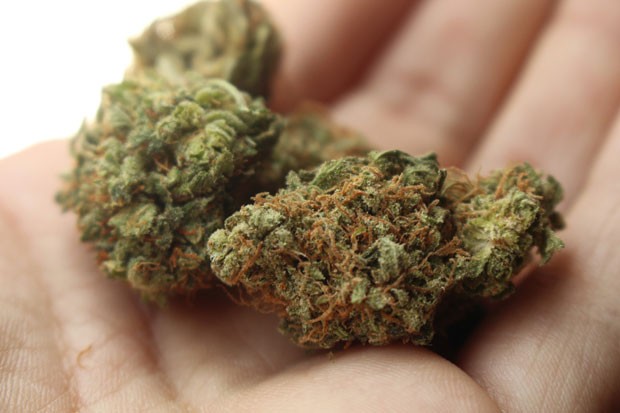 Fortunately, that hasn't deterred many notable Central Oregon women who either own or occupy senior positions at local labs, farms and harvesting companies.

The web publication Marijuana Venture named Lindsey Pate, CEO of Glass House Grown, one of its "40 Under 40" in 2018. Pate's lifelong fascination with biology led her to start a marijuana farm near Terrebonne with her husband, Chris.

"Honestly, I had no idea that cannabis would be a legitimate career," says Pate, who, expecting her first child last week, was counting minutes between labor contractions while deftly responding to my questions. "At the time I was in college, cannabis science was not really something that was talked about."

Pate credits her husband for spotting her leadership abilities.

"When we started Glass House, I was not really ready to step in that transparently ... but Chris saw the potential in me as a leader [of] our family's company."

Pate has often been on the front lines of Deschutes County's cannabis controversies, testifying at County meetings in defense of an industry frequently maligned by county commissioners and some rural neighbors. But it's the expense required to get a marijuana business up and running that she cites as one big reason women are underrepresented in the industry.

"To start a cannabis business, it's likely you need to raise funds," she said. "And unfortunately, most fundraising dollars still go to men.

"When you start a business, you have to be resourceful, especially when you're bootstrapping. Women are tough, hard-working multi-taskers," said Pate, who, it bears repeating, was experiencing labor pains while responding.

"We come in, and we hustle," she said. "People who think of it as a passion project [tend to succeed]."

Saueborn was raised in North Carolina, became a self-described ski bum in Montana and moved to Central Oregon in 2012 to work on a medical marijuana farm. By 2016, she had formed Happy Harvesting, a harvesting and trim company that also provides labor and services to marijuana farms, with co-owner Jessica Thornhill. Like Pate, Saueborn is well-acquainted with bureaucratic hassle.

"We pay double [the workers compensation] rates of most businesses," she noted. "They said it's because we touch cannabis. ... I mean, we have scissors, but we don't run with them."

This is a far cry from her relatively carefree origins in the industry, when she says there was significantly less pressure. Trimmers (those who separate the marijuana flower from leaves and other cannabis plant detritus) worked for a couple weeks, cashed in big and then enjoyed time off.

"Back in the day you just hang out with your friends, trim some weed and have a good time," she said, laughing. "Now it's all reasonable rates, reasonable money."

For Ellen Parkin, quality assurance officer at Juniper Analytics in Bend, a CEO title isn't the only possible position from which women shape the industry.

"Women are building their space in roles of power—managing, sales, marketing," Parkin said. "You may not see women at the front, but who do you think is running the show behind the scenes?"

After she studied food and fermentation science at University of the Redlands, Parkin earned a master's degree at Oregon State University in brewing science. She trampolined from beer to weed thereafter.

"My experience with hop chemical research and analysis helped me make that connection in the cannabis industry," she said.

Pate, Saueborn and Parkin each acknowledge that the industry is male-dominated, and women's participation rates have a ways to go. Because of that, women who are blazing their trails can face a bumpier road. Saueborn says ending prohibition in Oregon has actually assisted in alleviating that.

"With legalization, each year, you're seeing a lot less of the locker room talk," she said. "Everyone should be aware of what they're saying, and who they're saying it to. Relationships are important, and it's not forgotten."

So how do we bolster the number of women leaders in the cannabis industry?

For Parkin, there are more reasons to be optimistic.

"Although women may not have an equal ratio as owners or CEOs, we do have an equal, sometimes even dominating ratio in the STEM side of the cannabis industry," Parkin said. "And that makes this industry awesome."