SFF is making plans to offer some smaller musical events before that date, and during the regular festival weekend

Like so many things in the age of COVID-19, the plans the Sisters Folk Festival team is making are only tentative and preliminary; not set in stone until they are. Last month, SFF announced the cancellation of its main event: the mid-September folk fest that takes over the town of Sisters. Still, SFF is making plans to offer some smaller musical events before that date, and during the regular festival weekend. 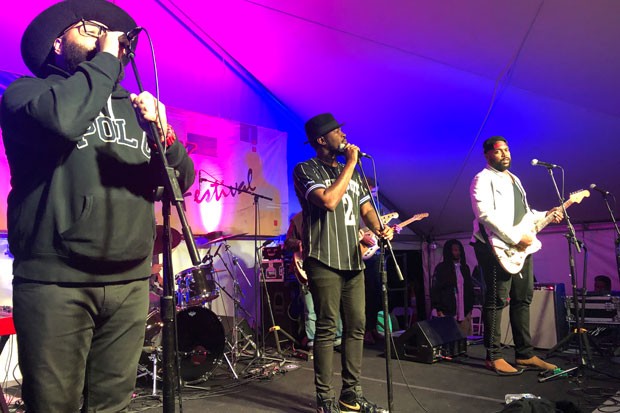 "At this point, we are cautiously optimistic that we can plan a day of music on the lawn of our building on August 1," Christa Munro, executive director of SFF, told the Source. On that date, SFF has tentative plans to hold an event where people can buy a ticket for a "circle," that includes about six to eight people. (According to guidance from the Oregon Health Authority for event and venue operators, parties of 10 or more people congregating together are not allowed.) People inside that circle wouldn't get to mingle with people inside other circles, and there would be a cap of no more than 250 people for the day of music, in keeping with current event guidelines.

"When we sell that circle, we will have to grab the names of those people to comply with contact tracing," Munro explained. "We were originally thinking we could do maybe four or five concerts for the summer—but once we saw all the requirements, we just decided to see how August 1 goes first."

Provided all goes well and their plan is approved by local health authorities and the Oregon Liquor Control Commission, Munro said they hope to tap a few venues in Sisters during the regular festival weekend Sept. 12 and 13. But unlike other years, people would only be able to see music at that venue instead of moving around the town.

With this year's offerings expected to be so limited, Munro said her team made the decision to let people who had bought tickets for this year's festival use them next year instead, rather than using them for a far more limited lineup. Ticket holders can also donate this year's tickets to SFF.

"It was the fairest thing we could do for our ticket holders and gave us the opportunity to do something completely brand new," Munro said.

Sisters Folk Festival
SFF organizers plan to stage an Aug. 1 concert and see how it goes.