All is Fair in... Well, Nevermind | The Source Weekly - Bend, Oregon

All is Fair in... Well, Nevermind

The much-anticipated Deschutes County Fair & Rodeo, slated to take place at the end of July, has been postponed until July 28, 2021. The largest and longest-running event in all of Central Oregon, boasting 100 consecutive years as of 2019, has been officially knocked out by COVID-19—however temporarily. The Deschutes County Fairgrounds and Expo Center website reads, "Come experience jam-packed fun at the largest county fair in the state of Oregon, attracting over 290,000 folks each year." An attractive offer, but one that could be considered the social distancer's nightmare. Jam-packed? No thanks. 290,000? Maybe in Phase Three. 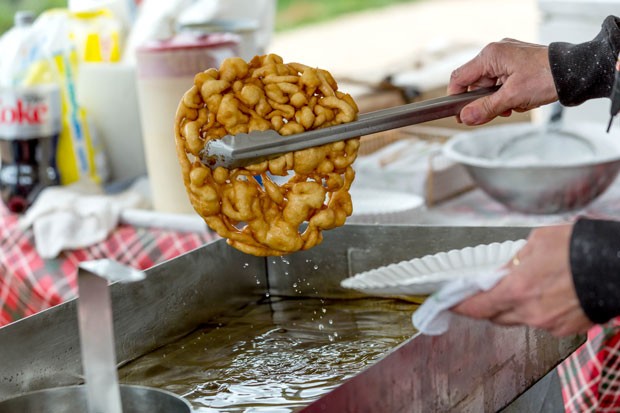 So long, funnel cake. We love you and we'll see you next year.

"The majority of the events through August have been canceled or rescheduled," confirmed Geoff Hinds, Fair and Expo Center director. "Postponements and cancellations are continuing to evolve as restrictions continue to develop. The Fair & Rodeo, the biggest of all our events, will be completely canceled this year. Right now, we're still working to see what will happen. Some of our partners are interested in postponing, while others have canceled completely. Now, having entered Phase Two which has expanded the restriction to gatherings of 250 people or fewer, more doors are being opened for certain events to occur. Still, we don't have any large events that are planned for the near future—none through September."

"So far, our lost revenue to date is estimated at a bit over $600,000. As of now, the total estimated loss of gross revenue will most likely exceed $2.5 million. This could increase, depending on how long event restrictions remain in place. A significant portion of that is due to the cancellation of the annual Fair & Rodeo."