Swapping mud for snow in the high desert landscape

Cyclocross is a unique form of bicycle racing that combines facets of road, gravel and mountain biking—and trail running. Although European in its roots, the Pacific Northwest is a haven for producing great cyclocross athletes. During the 30- to 60-minute event, participants may encounter grass, dirt, mud, gravel or sand, as well as stairs, barriers, pits and arm-chair quarterbacks handing out both heckles and hand ups (which can include cash money, bacon or shots of whiskey). Many of the course features require the rider to dismount then remount the bike, making for exciting racing for both participants and spectators.

Josh Kelley has competed at the professional level since 2005, first as a mountain biker, then moving to cyclocross. Born in Hartford, Connecticut, Kelley spent his early childhood as an Air Force brat, following his fighter-pilot father to Alabama, Colorado, Texas and Arizona. He received his first bicycle while on that last stop, and quickly became fascinated with the freedom and excitement the bike could provide.

A two-time winner of the Cyclocross Crusade race series, Kelley looked at the bright side of things when COVID-19 hit. “It was actually the break I needed to regroup, recenter and refocus,” he says. tweet this

"My friends and I were totally into jumps," he recalls, building jumps out of whatever materials they could scrounge. As he grew older, he began to explore the open desert. "We could ride all day on trails or the open desert, finding natural jumps and crazy downhills to fill the day," Kelley said.

Eventually moving to Flagstaff, Kelley found himself working as a barista in a coffee shop while attending university. Fate placed him with a crew of bike racers.

"I guess they were my first mentors, because they helped me to transform from a dirt-chasing desert rat to a Lycra-wearing bike racer," he joked. That coffee-pulling bike crew showed Kelley how to train and race, which paid off while participating in a mountain bike race in 2005. His skills were noticed by a local racing team, and he was offered his first professional contract. "I was racing in the Single Speed category on a bike I had cobbled together from many sources, but I was racing hard and winning, so I guess I made an impression," he said.


Enjoying this story? Your support counts!


VIDEO: Watch as writer David Sword interviews Josh Kelley about his journey into the cyclocross world:

After starting his own family, the Kelley clan looked to move to a locale that was closer to water, and having visited friends in Portland, they took the dive. "I was developing issues with my knees so decided to take a break from racing, but after moving to Portland I was exposed to cyclocross—its chill vibe and lifestyle," Kelley said. He had been interested in cyclocross before, and since it was the main racing event around Portland, he pieced together a bike for the first season, doing well enough that his pro career continued to blossom, landing jobs and sponsorships from both Chris King Precision Components and Breadwinner Cycles. As his family grew, however, the yearning to live in a small community continued to grow, and he eventually found a home in Bend. 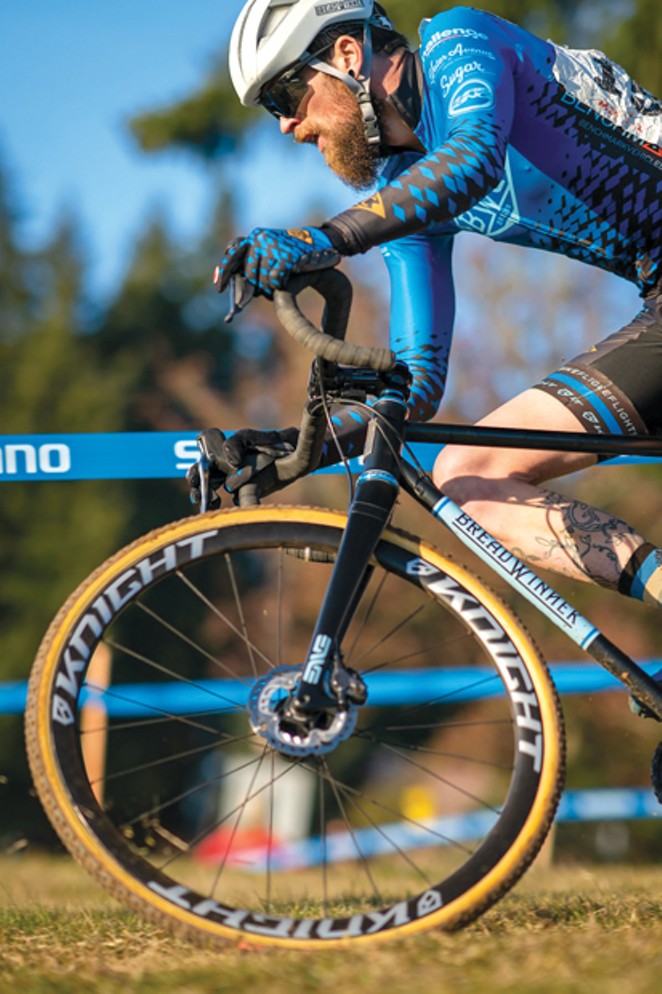 "Bike racing is very selfish," says Kelley. "Training and racing takes an enormous amount of time away from my family. Traveling is hard on the psyche and hard on my family, so racing more regionally is attractive." After traveling to Japan in 2016 to race, he took a deep look into his motivations. "My daughter was only four months old. That was a tough trip," he remembers. "Moving to Bend afforded more accessibility to activities (in which to) share with my family. We hike and camp and fish and canoe, and sharing that with my wife and daughter is magical."

A two-time winner of the Cyclocross Crusade race series, Kelley looked at the bright side of things when COVID-19 hit. "It was actually the break I needed to regroup, recenter and refocus," he says. He could still train and maintain his fitness, but without the stressors of travel and race results.

To keep mentally and physically fit, he's skiing more and getting into the backcountry. "Moving fast in the mountains helps me maintain my fitness, and although it is not competitive, I can get my heart rate up, maintain if for a long period of time, take a rest, then enjoy the beauty of fresh powder and tree skiing. It's the best of both worlds really," he says. Kelley plans on a full race schedule for 2021, the fire to compete burning as hot as ever. He's setting his gunsights on a third win in the "Cross Crusade" series—a feat never accomplished before.

Bonus material:
For an inside look at the lifestyle that is Cyclocross, check out the newly published book, "Of Crank and Chain: Cyclocross," by Drew Coleman.