Redmond Prepares for Future of Weed

Dispensaries are still barred in Redmond, but if federal legalization happens, some local businesses want to be ready

Marijuana dispensaries are still illegal in the City of Redmond, but that could change. The federal government is making moves toward decriminalizing marijuana, and Redmond is drafting policies in preparation.

Although recreational marijuana became legal in Oregon in 2015, a Redmond ordinance passed in 1989 prohibits businesses from getting business licenses in the city if they are in violation of federal or state law. So, if recreation marijuana is legalized nationwide, dispensaries would automatically be allowed in Redmond. 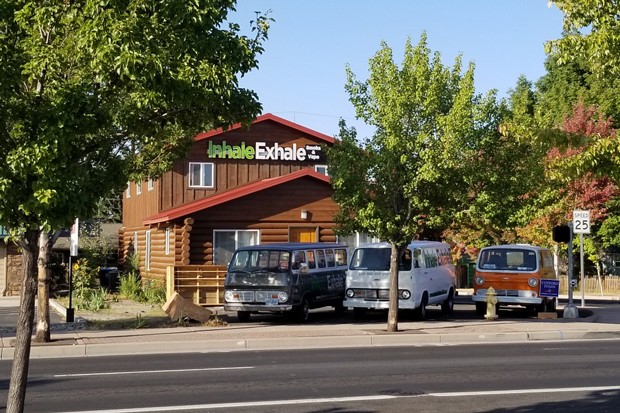 Marijuana is currently listed as a Schedule 1 drug, on par with heroin and cocaine in the Controlled Substances Act. But this could change with a new federal marijuana reform package, spearheaded by Senate Majority Leader Chuck Schumer (D-NY), along with Oregon's Sen. Ron Wyden (D-OR).

On April 6, the Redmond City Council began drafting city code that will go into place if the federal legislation goes through. The meeting was spurred by both moves on the federal level, as well as by new council members pushing for legalizing dispensaries in the city.

Clifford Evelyn, who was elected last fall, ran on a platform of allowing dispensaries in the city and says it's what the people want.

"I promote this, one, because I believe that there should be dispensaries and, two, because the people ask me to," Evelyn said. He emphasizes the tax and revenue benefits for the city. Redmond residents can grow cannabis at their homes and consume it on private property, but Evelyn no longer wants to see Redmond residents going to Bend or Madras to buy it.

“We’ve lost probably hundreds of millions of dollars to Bend (since marijuana was legalized in 2015) because we’ve just been stubborn.” —Clifford Evelyn tweet this

"We've lost probably hundreds of millions of dollars to Bend (since marijuana was legalized in 2015) because we've just been stubborn," Evelyn said.

The current City Council has been split on the marijuana matter. Evelyn has referred to the 1989 ordinance barring dispensaries as "antiquated" and argued to change it. Other councilors have moral or scientific qualms with allowing recreational marijuana.

Mayor George Endicott told the Source Weekly that the council has chosen not to alter the ordinance because "it's been in place for so long." Changing the ordinance isn't currently on the table. Endicott said he will do what's best for the city and prepare for federal changes, though he personally doesn't agree with recreational marijuana because of the adverse effects it can have on developing brains.

"For me, it's more of a scientific argument than a moral one," Endicott said. "The more availability you have, the more possible it is for kids to get a hold of it." 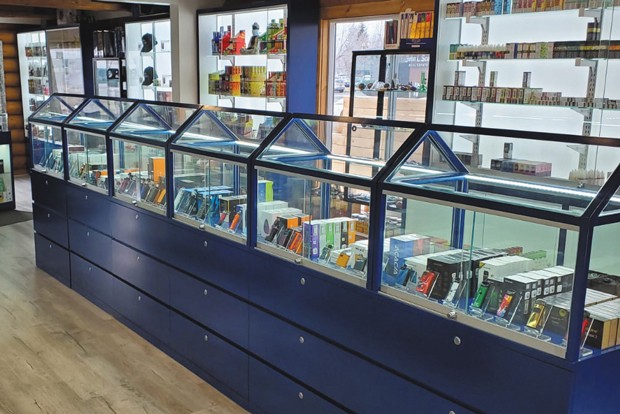 At the April 6 council meeting, members considered time, place and manner regulations that would keep dispensaries away from kids and regulate them to specific zones. The working city code draft currently prohibits marijuana retailers from operating within 1,000 feet of schools, or within residential zones—both standard regulations in Oregon. Some councilors were interested in barring dispensaries from operating within 500 feet of any publicly owned facility, parks, transit centers and child care and day care facilities.

Some councilors advocated for taking commercial zones off the table entirely and only allowing dispensaries in light industrial zones, which include light manufacturing, research and transportation facilities, among other things. Councilors also expressed interest in exploring the models of other towns.

"We don't have to rush to do this," Evelyn told the council. "I think we should take our time and really think about strategically where we want it, what's going to happen."

The City's smoke shops are also preparing for the potential legalization of dispensaries. Vision's Smoke Shop would potentially move to a more industrial area in order to sell cannabis. And according to Matthew Rock, the owner of the city's other smoke shop, Inhale Exhale Smoke & Vape, they also, "have some plans on the backburner should it actually happen."

"I hope our City Council is changing for the better," Rock added. "We could use that tax income right here in Redmond."

The city's two-page working draft of regulations for marijuana business is available to view on the City of Redmond's website.