Let's Do Lunch... in Redmond! | The Source Weekly - Bend, Oregon

As you may know, Redmond is referred to as the "Hub" of Central Oregon. Not only is the regional airport located there but if you look at a map of the area, Redmond is nearly equal distance from Prineville, Bend and Sisters. As the town continues to expand in population so do the choices of food establishments. This is not even close to a comprehensive list of all the potential lunch places in the city of Redmond, but a quick overview of a few of the current, local lunch hot spots. You know it's a hot spot when you overhear store clerks making dining recommendations to go there and people on the street talking about heading there to grab a bite.

Our lunch tour begins at General Duffy's Waterhole on the southwest end of downtown. Whether you're in the mood for a Famous Filly (served open faced and reminiscent of an East Coast Philly sandwich but with several different filling options) from That Guy's Bistro or some classic meatballs in marinara sauce from Nonna's Cucina, or maybe the Charred Veggie Salad topped with candied hazelnuts and a garlic carrot vinaigrette from Feast Food Company, or even a bowl of fried noodles with a steamed bao from Sally's Wok, the Waterhole is a great spot to take a break for a bite and a beverage. Family and pet friendly (of course), the taphouse and food cart lot is just a few blocks from another Redmond hang, Wild Ride Brewing. 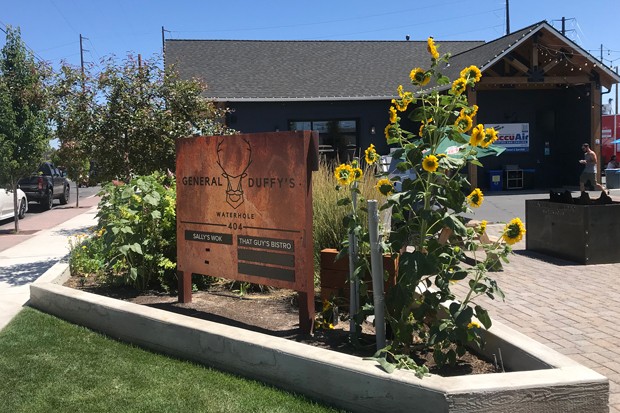 Sit outdoors or indoors at Wild Ride, the production brewery and tap room in the heart of downtown on SW Fifth Street with several food truck offerings. Whether you opt for the popular Reuben sandwich from Food Fellas, a basket of English Style fish & chips from Wild Catch, or a Cuban sandwich with pork carnitas, bacon and Swiss from Shred Town, you'll enjoy the food and the laid-back atmosphere at this brewery situated on an old lumber storage building site. If pizza is your thing, Red Road Pizza Company also has a truck at Wild Ride with a fantastic selection of pizzas ranging from a three-cheese blend to BBQ chicken to one called The Spicy Jah with pepperoni, jalapenos, pepperoncinis and cilantro. 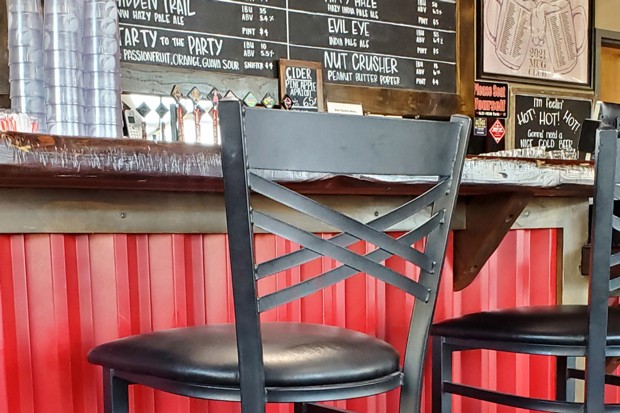 Hopefully you've saved room for a taco because our next lunch stop is Westside Taco Co. You'll find this vibrant little taco trailer on SW Sixth Street adjacent to Kobold Brewing at The Vault Taphouse. Street food elevated is the Westside tagline and when you see the menu you understand what that means. Blueberry Brisket, Rootbeer Carnitas and Thai Curry Chicken are a few of the taco choices served on hand-crafted corn tortillas with scratch-made sauces and salsas. There may be a line, so call ahead or get there right when they open at noon each day. 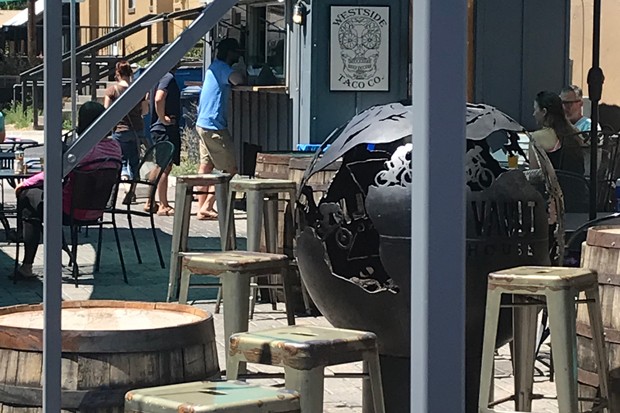 Speaking of noon, if you're looking for a weekend lunch, Grace and Hammer Pizzeria, just behind Westside Taco, opens at noon on Saturdays and Sundays. Housed in the historic church building at the corner of 7th and Cascade, Grace and Hammer offers wood-fired pizzas and small bites. The Benevolent Bird pie features basil-arugula pesto, lemon herb chicken, mozzarella, roasted tomatoes and Manchego cheese, while the popular Smithy has Italian smoked and cured pork called Speck along with arugula, mozzarella and cherry tomatoes. Those are just a couple of the delicious pizza offerings while the small bites include a charcuterie board, a caprese salad, and crispy chicken wings.

But maybe you're hankering for the all-American burger with fries for your midday repast. Never fear, Jody's Burgers is here! Jody's is a classic, small town drive-in burger joint on SW 14th with outdoor seating and a huge burger menu. They have everything from sliders to bacon cheeseburgers to patty melts to hot dogs and other sandwiches along with fries and tater tots.

If you live or work in Redmond, you probably already frequent these lunch spots. If you're from elsewhere in the area, now you know a few great places to grab a nice lunch in the "Hub."