The Redmond Senior Center is returning after the pandemic with a new staff, a new direction and the same mission

A ticker on Redmond Senior Center's website is counting the days until Aug. 3, when programs return after a year of pandemic-induced inactivity. What returns won't be quite the same senior center that the staff found when they came back to the building.

"It was almost like a time capsule when we came in, because all of the calendars said March 2020," said Redmond Senior Center's program director Jane Jarman. 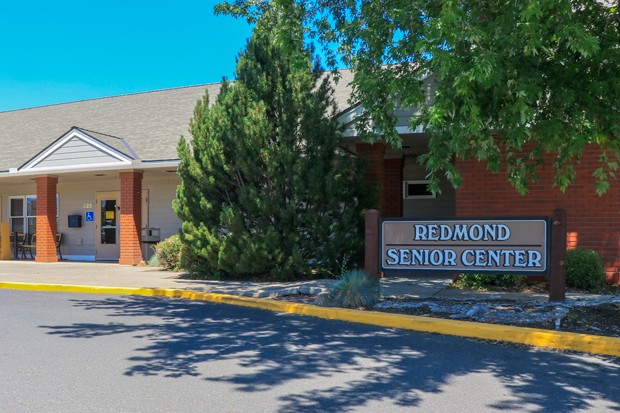 Jarman is new to the job, along with the other three full-time employees who all started during the pandemic. Two of the positions, program director and food services manager, didn't exist and were the responsibility of a single operations manager.

"I think that's good, because we can see it with a fresh pair of eyes instead of what was here before," Jill Bower, operations manager, said. "It was run with a lot of heart before and dedication, but they just didn't have the infrastructure to be able to support it. With Jane being new, I'm new, Josie is new, two of them are brand-new positions, and I think it's exciting because we know coming from other places what has worked, and what doesn't."

The new employees are looking to create a more robust community space that caters directly to the diverse needs of their clients. This includes both staples of senior centers everywhere like bridge, bingo and cribbage as well as workshops, classes and presentations on topics relevant to seniors.

"We’re trying to catch the 50 and up instead of in the 70 and up and really offer a whole, bigger collaboration of programs and classes is going to be, I think, what keeps this place moving forward and thriving."—Jill Bower tweet this

"Some of the card games are no longer going to be here, but we're going to try to broaden our scope of what we want to bring," Jarman said. "A lot of the programs that were here were just this, the tried and true, and there wasn't a lot of health and wellness, and that's what I want to bring in."

Jarman has an idea of what she wants to see there, but they will also be receptive of what visitors say they want. So far, their clients have suggested Tai Chi, in-person AARP safe driving classes and technology workshops where someone troubleshoots phones, computers and tablets. The staff wants to dispel the notion that senior centers are sleepy, boring places and attract a diverse age range using relevant programs. Other programs, like one that will bring in kids and seniors to build Lego projects, bring together totally different age groups.

"We're trying to catch the 50 and up instead of in the 70 and up and really offer a whole, bigger collaboration of programs and classes is going to be, I think, what keeps this place moving forward and thriving," Bower said. "We're trying to get the senior community more involved in the whole community."

The center is trying to catch a broad range of seniors from 50-100 through inclusive programming. Many of these programs have to wait until Aug. 3 to get started, but the center is already welcoming people back in its doors for lunch.

"Our kitchen staff works with a dietician to make sure that those meals are appropriate, especially for the clients that we serve," Bower said. "David (Allen), who's our kitchen manager, has a set way that he has a certain number of starches and proteins and percentages. He and (food services manager) Josie (Newport) work together to create the menu for the next couple of weeks out."

In the brief time the center has been back (just for dining until Aug. 3) there's been an enthusiastic response from visitors. Both new and returning members have been coming back in to see what's new at the senior center.

"We've had, at least when we were open for congregate dining every day last week, someone new who had never been here before come and sign up for a membership," Bower said. "I think Redmond is really growing a lot, especially for the senior population."

The new members are mixed in with the people who were always active at the center and are happy to see their friends after over a year without.

"We're just so grateful that the center's back open and they've redone it and painted it and really upgraded it, it's just wonderful," senior center member Maggi O'Brien said at the center's lunch program. "It's actually been one of the better decisions of living in Redmond, making friends. There's a real connection and a camaraderie."

Hosting that social space is one of the top priorities for the center as more than just a friendly day out, but also as a counter to the isolation people can feel.

"One of the reasons for the senior center is so people are not home alone by themselves. It's not so bad when you have a partner but if you're by yourself alone at home, that's not good. Then people start thinking about suicide," said Theresa Thorson, a Redmond Senior Center member. "We've done suicide prevention talks and that kind of stuff here."

During the pandemic the senior center's only remaining program was Meals on Wheels, a food delivery service for older people. During that time the volunteers sometimes were one of the few people visiting this population, and the only ones to help them out of a jam if necessary.

"When we had the heat wave, one of the drivers found out that this person needed AC and so they're able to help them get that," Bower said. "A lot of times the drivers, the volunteers, were the only ones that were able to see those needs."

As the clock ticks down on the senior center's website, the staff is making a final push to get people in the door.

"We want more people to come in, give a real push for membership, give a push for drivers, volunteers, people getting involved, you know, just check it out," Food Services Manager Josie Newport said.