A Blessing in Disguise

Dierks Bentley talks pandemic down time, his new album and more ahead of his show at Les Schwab

For Dierks Bentley, the pandemic turned out to be a blessing in disguise, allowing him to enjoy a side of life he had to set aside over the preceding decade to do what it took to pursue his country music career.

He found with his shift in lifestyle, he wasn't missing touring as much as one might expect. 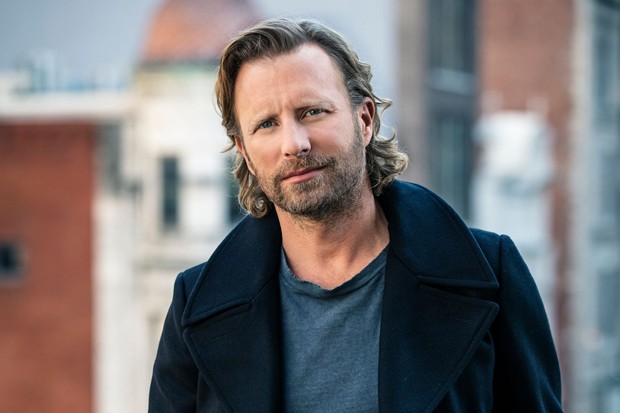 "I wasn't like literally jonesing (to play live) like maybe some people were," Bentley said about the pandemic in a late-July phone interview. "I kind of saw an opportunity to rebalance my life in some way that would benefit me when live music did come back around. And that's exactly what I did. I moved to Colorado and put the guitar in the closet and just was focusing on life adventures outside of the stage, and it was awesome."

So for much of 2020, Bentley, his wife Cassidy, and their three kids took advantage of the great outdoors in Colorado, taking off-road bike rides, hiking and making the best of life in their new stomping grounds.

"I kind of play three roles, and they're all really important to me," Bentley explained. "Of course, one of them is a husband and father, and family, that's a big role I play. And of course, country singer and all that goes with that. And the third thing would be an outdoors person, outdoor adventurer. That's really important to my overall well-being and my health. So to get to be in a place where I really can focus on two of those three heavily – my family and outdoor living and adventure – was something I had missed out on a lot. I missed a whole decade that I don't even remember because I was drunk or hungover. I was just playing music. There were 10 years when I didn't even get off of the bus except to go play a show."

I missed a whole decade that I don’t even remember because I was drunk or hungover. I was just playing music.—Dierks Bentley tweet this

Recently, Bentley has been back in Nashville as he prepared for his return to touring, putting in some hours on his next studio album. He tested the live-performing waters with his touring band with a short run of club shows in May and has now started his "Beers On Me" tour, which visits the kind of large amphitheaters—including Les Schwab on Aug. 15—that Bentley had grown accustomed to playing as he became one of country's leading stars over the past decade.

Related 4 Peaks Goes Miniature: Looking to bring back the magic of live music, 4 Peaks scales back its operations in hopes the show will go on

4 Peaks Goes Miniature
Looking to bring back the magic of live music, 4 Peaks scales back its operations in hopes the show will go on
By Isaac Biehl
Sound Stories & Interviews

His success has been fueled by strong songwriting, which in turn, has produced 20 No. 1 country singles since he came on the scene with his 2003 self-titled album. Over the course of eight subsequent albums, Bentley has fashioned a rootsy country sound informed by his love of bluegrass, a strong sense of melody and thoughtful lyrics that have frequently dealt with the joys and challenges of life in authentic ways.

Bentley will likely play two recent singles, "Gone," and "Beers On Me" (the song for which the tour is named) this summer, but his set will be anchored by the hits.

"Everything's been flowing pretty good," Bentley said. "I always lean pretty heavy on the hits. I can't believe I have 20 number ones, that's just kind of blowing my mind."

Bentley's show, he said, is designed to live up to the title of the tour – minus, one would assume, the actual free beer.

"The common goal of any tour is to take the audience and yourself on a ride, on a journey that transports them away from their everyday and the problems they've been dealing with or what's been on their mind, and it allows them to get in that headspace where they're just present," Bentley said. "They're here at a concert with their friends, and they have a drink in their hand and for an hour and a half, two hours, whatever, three hours, they're just present. And being present is the most freeing feeling you can have in your life."

In between shows Bentley figures to have a chance to continue putting together his next album. He got a good start on the project during his time away from touring.

"I've been in the studio a couple of times now and I've recorded a lot of songs, probably more than I ever have in my career (for an album)," Bentley said. "The album's, more than ever it's all about streaming. Everyone's streaming. No one's buying albums, me included. So I'm really making this album mostly for myself, and it's a labor of love. It's not about the result. It's about just knowing you didn't take any shortcuts. You made the hard decisions. You cut songs out, even though you wanted them to be in there, because they didn't (fit) the overall theme, what you're going for, and it's something I can look back on as almost like a scrapbook, a memory of that time in my life. A lot's happened in the last two years and I'm just really taking my time to figure out and say exactly what I want to say."