A Brief History of Tame and Darth Vaper 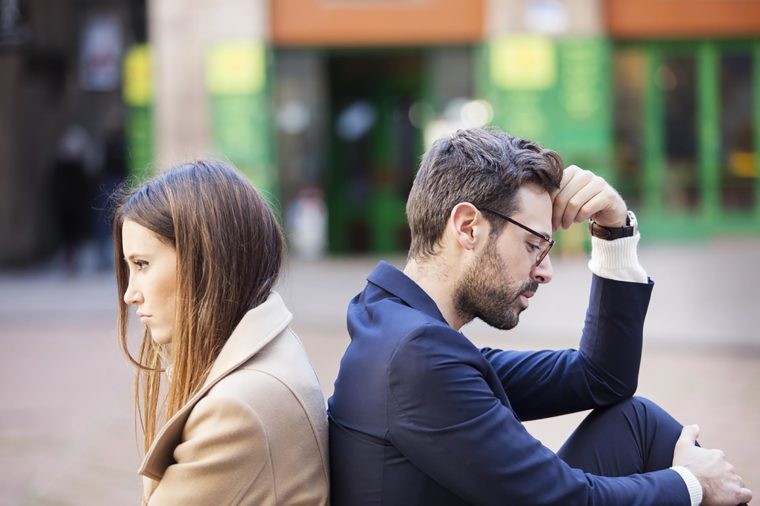 I'm a 45-year-old single guy seeking a long-term relationship. My problem is that when I'm interacting with a woman I'm attracted to, my ability to read whether she's interested in me goes out the window. I suspect I've missed out on some great women because I couldn't read their signals quickly enough.

Where you go wrong is in taking the hesitant approach to asking a woman out—waiting for her to give you some unambiguous indication of interest (ideally, in large red letters on a lighted billboard pulled by a pair of rented elephants).

That said, you shouldn't be too hard on yourself. The psychological operating system now driving you (and all of us) evolved to solve ancestral mating and survival problems, and what was adaptive back then can be maladaptive today.

Take how we evolved to be deeply concerned about safeguarding our reputation. Reputation is essentially our social report card—others' evaluation of the sort of person we are. It matters today, of course, but not in the life-or-death way it often did in an ancestral environment, where—per anthropologist Irven DeVore's estimate—many people were with the same band of about 25 others for much of their life. Back then, if a guy got snubbed by a girl, it would be front-cave news; everybody would know and be laughing behind his back in short order.

Flash-forward to today. You're in a bar. Some woman you hit on spurns you. Well, that blows—and more so if there are witnesses. But there are countless other bars—which means you can erase the embarrassing stain on your social rap sheet simply by trotting down the block to the next happy hour.

Ultimately, recognizing the mismatch between our evolved emotions and modern life helps you understand when the emotions driving you are counterproductively outdated—and basically stupid. In short, assuming that a woman you're chatting up isn't giving you a hate glare, ask her out. If she isn't interested, she'll let you know—either right then, with some brushoff like "Actually, I have a boyfriend..." or later, when you phone her and hear: "Home Depot, lumber department. How may I direct your call?"

I just accompanied my best friend on this extremely stressful trip to put her mom into assisted living. My friend vapes, and I started vaping, too, after being off nicotine for years. I bought a vape, but I'm hiding it from my wife because she's so judgmental about it. I'm not ready to stop yet, but I feel awful hiding it.

What's worse than the crime? The cover-up—when your wife asks "How was your day, honey?" and you just nod as vape smoke leaks out of your nostrils.

Chances are, the "punishment" you're avoiding is the rotten feelings you'd have in the wake of your wife's dismay that your old BFF, nicotine, is back. However, DePaulo's research on people duped by those close to them suggests that covering up the truth is ultimately more costly—leading to far more and far longer-lasting feelbad.

It makes sense that the betrayal is the bigger deal because it socks the duped person right in the ego, telling them they were a sucker for being so trusting. In romantic situations, a duped person's notion of the relationship as a safe space—a place where they can let their guard down—gets shaken or shattered when reality turns out to be "reality" in a fake nose and glasses.

Telling the truth, on the other hand — leaving your wife feeling disappointed, but not deceived—sets the stage for a discussion instead of a prosecution. This allows your wife the emotional space to see the real you—the you who broke down and started vaping while doing this emotionally grueling very kind deed. (What?! You aren't made of titanium?!) Compassion from your wife should mean more leeway for you to set the behavioral agenda—to tell her that you want to stop but ask that she let you do it on your own timetable.

This isn't to say you should always be perfectly or immediately honest. For example, if you prefer your wife with longer hair, that's something she needs to know—eventually. But at that moment when she walks in with an "edgy" new haircut, "Helloo, beautiful!" is actually the best policy—as opposed to the more honest "Whoa! Stevie Wonder attack you with a pair of garden shears?"