A Call to Action | The Source Weekly - Bend, Oregon

A Call to Action

If there's one person that you can feel safe and comfortable around, let it be yourself, because if the whole world is telling you that you can't let it out, don't beat yourself up as well. Be the one person who knows it's OK." —Ocean Robinson, "A Reflection of Self" 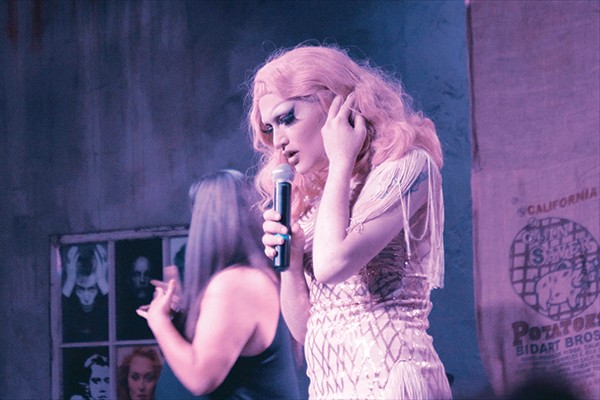 Right as I sat down to write this preview of local filmmaker Jesse Locke's new documentary "A Reflection of Self," a deeply empathetic and bittersweet look at LGBTQIA2S+ lives in Central Oregon, the news broke about the mass shooting at Club Q in Colorado Springs. Five dead and 25 injured a little over 24 hours before Transgender Day of Remembrance. As an ally, but someone who exists outside of the community, it can't help but seem to me like whenever it looks like strides are being made toward a more tolerant country, a combination of politicians and active shooters want to send us back in time.

"A Reflection of Self" is a call for empathy and understanding. A film that should reach people in the LGBTQIA2S community who feel alone and isolated, while also hopefully being a tool to reach people unfamiliar with the community who harbor prejudices and biases based on ignorance.

"The film came to life as a response to the wave of hatred and ignorance sweeping our nation," says Locke. "It has always been there, but now it seems to be so much louder. In 2021, more than 250 Anti-LGBTQ+ bills were introduced. Seeing the violence and disgusting rhetoric aimed at the LGBTQ+ community, it became a call to action for me as a filmmaker."

One of the interviewees of the film, Shireen Amini, shares her hopes for the film: "I don't know if it can reach people who don't have empathy for the queer community. I just don't know if they would even show up to a film like this. To me, it's important to inspire those who would show up into greater advocacy. I definitely think this film can speak to young or closeted LGBTQIA+ people. Representation is powerful. To me the film says, 'you are not alone,' 'others are out there like you who are happy as their authentic selves' and 'we already love you.' You can never really know the healing ripple effect of simple messages like these. I can only hope."

There are so many profound moments throughout the film and across the dozen or so interviewees that it was tempting to make this article just a series of quotes. The diversity of thoughts and ideas ranging from RJ Quiris breaking down the dichotomy of being black and gay to Brave Crow expounding on the history of being two-spirit in Native American culture keep "Reflection" feeling expansive and thought provoking while presenting everyone as human beings instead of just one aspect of who they are.

Kit Foreman, another subject of the film, tracks the root of what is causing so much hatred and divisiveness. "I believe that the biggest thing that factors into transphobia and homophobia is fear," says Kit. "And that fear, that discomfort, can prevent us from bridging the gap between ourselves and whatever marginalized identity makes us uncomfortable. So the most important thing we can do is to learn to sit with our discomfort or our fear. Lean into our fear and learn to navigate the feelings that our discomfort causes us."

"Reflection" also has interviews with the dearly departed Alex "Deb Auchery" Simpson, one of the central figures in the Bend drag and queer scene. Seeing Deb so fearless and unapologetically herself gives the film a bittersweet bookend, knowing that such a formidable force who stood between the local queer community and any that would do them harm is no longer here is such an unimaginable loss. "Deb created more change for this community than anyone I've ever met," says Locke. "Actual change. Unapologetic, uncompromising change. She made space for a community of incredible humans who were learning how to express themselves. In doing so, she taught us all what it truly means to be free."

As Nikki Smith put it, "Do we really need an answer? Or do we just need to move toward that openness and that freedom to be yourself? Does it really matter why someone is gay, why I'm trans? It doesn't change the fact that I am. Do we have to wait until we have that answer to accept someone, or can we just let people be themselves?"