A Camp at Juniper Ridge? Maybe Not.

City of Bend staffers advised against a temporary camp for the unhoused off Cooley Road at Juniper Ridge at the Dec. 16 City Council meeting.

The site is currently used for rock crushing, and earlier this year, the Bend City Council was considering a temporary managed camp once the crushers moved out. The rock crushing will leave behind a built pathway, a level site and gravel that could be used for campsites, which would have alleviated some of the infrastructure requirements on city developers. However, assistant city manager John Skidmore said that the crushing project would not vacate the property until April at the earliest. 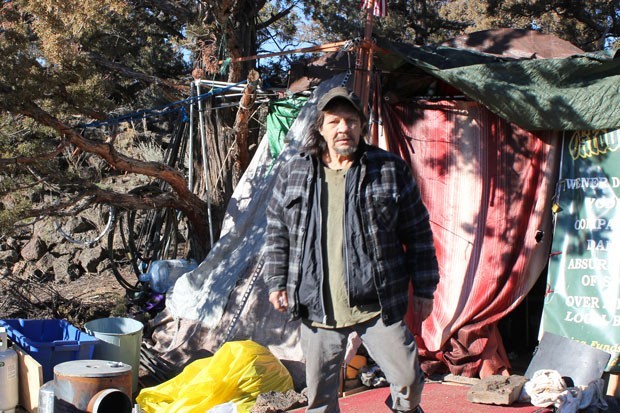 The camp would have been authorized under an emergency COVID-19 order. With COVID vaccinations already underway, that order could be lifted by June or July—which would mean the City would have to figure out what to do with the campers on the site once the emergency order is lifted, Skidmore said. Staffers said the camp also needed a partner agency to manage the site and a clear strategy on how police would work with camp managers around safety issues. At previous meetings and listening sessions, neighbors in the area also voiced safety concerns because of a previous fire and the camp’s proximity to schools.

Instead of moving forward with an emergency-order framework, Skidmore advised that staffers develop concepts for the development code and then work through a public process on a long-term option.

Right now, around 100 campsites are located at Juniper Ridge with roughly 100-150 people in total, staffers said at the meeting, saying they won’t lock the property until they find beds for the campers. In total, staffers estimate upwards of 600 beds are needed for the unhoused in and around Bend.

Assistant city manager John Skidmore advised that staff develop concepts for the development code and then work through a public process on a long-term option—rather than relying on the emergency order. tweet this

Carolyn Eagan, the City of Bend's economic development director, said that while a temporary shelter at the site isn’t feasible, code changes allowing additional housing are moving forward and will come before the Council in the early part of next year.

“At the end of the day, as many shelter beds as we provide, it’s the housing units that we need on the other end of those shelter services that will really provide the stable housing for our community,” Eagan said.

City staff said they'll apply to the Oregon Community Foundation for State funding through Project Turnkey this month. The program provides $35 million to cities, counties, housing authorities and nonprofits to acquire motels and hotels for unhoused people or those at-risk. If selected, City Council plans to work with NeighborImpact and other social services partners to acquire and manage a motel for community members most in need of stable housing. Partners would also help City staff prioritize who would receive such services first. At Wednesday’s meeting, Eagan suggested that partners lean towards prioritizing unhoused women and families with children as they are some of the most vulnerable members of the community.