A Cannabis Year in Review

Whereas a cannabis columnist looks back at the industry

As 2018 draws to a close, let's follow up on some stories, assess where the cannabis industry stands—both Oregon's and on a national scale—and what we might expect in the new year. 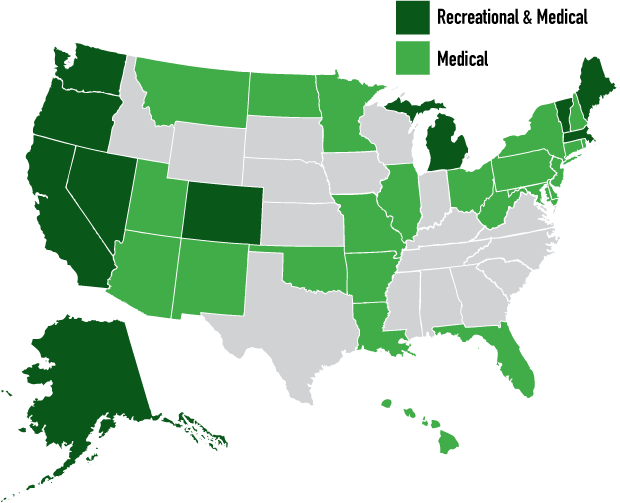 In January, Jeff Sessions rescinded the Cole Memorandum, which had offered states a semblance of protection from federal intervention regarding cannabis programs. Sessions continued to be a pathetic clown at every turn toward the industry. Trump fired him in November. He's currently awaiting a fast-track EZ Pass for eternal damnation.

McConnell was successful in getting his hemp decriminalization measure attached to the Farm Bill, a major step for CBD and other hemp-derived products. The bill has the potential to create tens of thousands of jobs, with CBD gaining popularity across the country.

Sweet Leaf: They put you down and shut you out

In August, the extremely successful Colorado-based dispensary chain Sweet Leaf, which had over 25 stores and was ringing up sales of over $5 million per month, watched its empire crumble when authorities charged them with "looping"—a practice of selling multiple times to a single individual within 24 hours, allowing them to exceed possession limits.

On Nov. 29, two former managers were sentenced to 30 days in jail as part of a plea deal to assist ongoing state and federal investigations. They were the first to be sentenced, although Sweet Leaf's three owners are under an ongoing investigation and have already paid a collective $2 million in penalties and back taxes, in addition to banishment from working in the Colorado cannabis industry for 15 years.

There are currently 10 states and the District of Columbia with recreational cannabis programs, and 33 with medical ones. This rapid growth shows no sign of abatement. Steven Hawkins, executive director of the Marijuana Policy Project, thinks 2020 is going to be a remarkable high-water mark, with 15 states potentially in the running to pass recreational cannabis programs. He believes states including New Jersey, New York, Illinois, Delaware, Rhode Island, New Mexico and Connecticut will pass such programs, buoyed by a desire for the jobs and tax revenue, and anticipating finding widespread support. With a record 66 percent of Americans now supporting cannabis legalization, according to an October Gallup poll, the outlook is favorable to seeing close to half the nation's states with recreational cannabis programs.

Canada, where the pines and maple grow, now has weed. Lots of weed

The True North, strong and free, became the first G-7 country to pass a nationwide recreational cannabis program this year. It joins Uruguay in that global distinction. Analysts believe Canada will see sales of $4.34 billion (Canadian dollars) in 2019. That number may need adjustment, as the initial weeks of sales surpassed estimates—a contributing factor to some provinces facing shortages so severe they were forced to reduce the number of days they stayed open, or temporarily shut down altogether. But supplies are being quickly replenished, and donut sales at Tim Horton's locations are (assumingly) waaaaaaay up.

The hard-working people who grow, process and sell you cannabis are facing some intensely challenging times, with prices falling an estimated 50 percent or more at the wholesale level. An overabundance of weed sounds like a dream, but it's become a nightmare with wide-reaching impacts. Oversupply has garnered an increasingly strident attitude of oversight and enforcement.

In June, the State of Oregon put a temporary hold on processing any new grower license applications, and between September and October, performed first-time statewide inspections of outside recreational growers, in an effort to stem diversion. It resulted in over 40 grower licenses in jeopardy of being rescinded due to numerous violations.

Winners include consumers—and the state. Although retail prices have dropped as low as $40 an ounce, overall sales are like you after scarfing a mystery edible: much higher than expected. The sales in 2018 are expected to top $543 million, a 29 percent increase that well outperformed analysts' predictions.