With so many changes happening in the hemp industry in the U.S. these days, it can be tough for even industry players to keep up. And with Central Oregon forging a solid reputation as an ideal location to grow it, there's plenty of drama, intrigue and policy questions about hemp to cover right here in our backyard.

Independent filmmaker Greg Moring—who cut his teeth in the industry working with documentary filmmakers including Ken Burns—is aiming to synthesize all of that and more into a new documentary, titled "Hemp is Back in Central Oregon: The Road to Riches?" based right in Central Oregon. Moring launched a Kickstarter campaign this month, with a goal of raising $20,000 for the project. 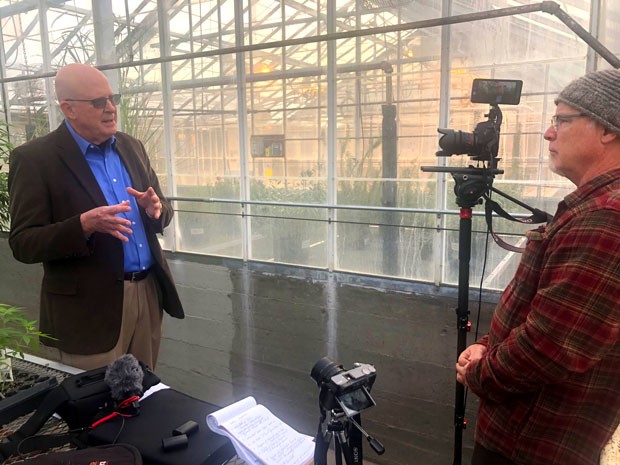 Moring's documentary is taking on a host of issues and highlighting dozens of local farmers, policy makers and more—including the story of a retired fire captain with Parkinson's disease who began growing hemp to help with his symptoms, as well as the stories of farmers banding together to form hemp co-ops, and the struggles of farmers trying to comply with federal rules and changing limits on THC.

"Our film will examine the bumps in the road to wealth or ruin, including scarcity of seed and starts, refusal of banks to allow hemp business banking, state, federal, and county fees and regulations, mother nature, and the economic boom for fertilizer suppliers, testing labs, processors, farm equipment suppliers and available labor pool," the project description on Kickstarter reads. "With a 50% failure rate for new farmers, how the grow and harvest ends will tell the story of Oregon's hemp pioneers and their success and failures," it continued.

Once produced, Moring hopes to make the one-hour documentary available on PBS and Netflix.

The "Hemp is Back" Kickstarter campaign has until Feb. 5 to raise the funds through the platform.

Hemp is Back Kickstarter campaign
Runs through Wed, Feb. 5
kickstarter.com/projects/hempisback/hemp-is-back-in-central-oregon