A Change of Music Scenery

Local musicians, promoters and venue owners talk about what's changed in Bend over the last 10 years

• An inspiring tale of a local band that made it "big"

Bend has all of these things, except the last one. What do local musicians, venue owners and promoters think of the scene? Is it thriving or are high rents driving musicians away? 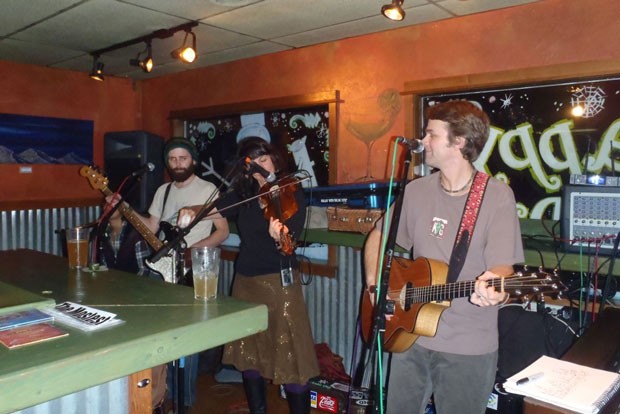 Throughout the decade between 2000 and 2010, Bend was in many ways an ideal city for an aspiring musician. When I moved here in 2007 after working as a singer-songwriter on the East Coast, my rent for a two-bedroom, close-in, mill-era house was $700 a month. The backdrop was inspiring, the scene was small and uncompetitive and it was easy to fill my calendar with tourism gigs at resorts and new venues in the city. I felt Bend was unique because there were a lot of music fans hungry for novelty and things to do.

This past decade, things changed. Rent for a professionally managed two-bedroom unit was $1,735 in July of 2018, according to a Housing and Urban Development Study of Bend and Redmond. While rents have more than doubled, many local musicians believe that other aspects of the music scene have changed for the better. There are more places to perform than ever before, and as more affluent people move into the city, many of them support live music.

"Live music seems to be a part of the culture; you know beer, dogs, families, skiing, live music, weed... Bend, Oregon," said Patrick Pearsall, a bass player who moved to Bend in 1991, and has performed 200 gigs a year over the last decade.

"Some people aggressively live the Bend lifestyle and live music happens to be a part of that," he said. "So I'll take it, that's great."

This decade saw an explosion in new places to play: Volcanic Theatre Pub, Spoken Moto, Cabin 22, The Lot, the Brown Owl, The Capitol and more. Add these to dozens of other restaurants and breweries that host bands, and there's a long list of music events filling the calendar section of the Source Weekly any night of the week.

Derek Sitter, owner and operator of Volcanic Theatre Pub, moved to Bend in 2009 to get away from "the shithole" of L.A. and "call [his] own shots" with theater and acting. Bend felt like a good place to raise his daughter.

Sitter's original vision for the Volcanic was to blend theater, music and film, but it wasn't long after he opened in 2013 that music took over. The venue became a destination for promoters and booking agents looking for a worthwhile, off-night detour for their bands headed up and down the 1-5. Sitter says he's taken a lot of risks throughout the years, and developed a lot of out-of-town talent with no following in Bend. Now these same bands play sold-out shows. November was his best month of all time in terms of revenues, he said.

Bend's population grew by 18,000 people between 2010 and 2017, and much of that growth was due to in-migration, according to Portland State University's Population Research Center. The study predicts the population will reach 132,209 by 2035.

The growth has brought many new musicians to Bend, making the scene more competitive, but newcomers have also opened businesses that provide musicians a place to play.

Mark Ransom, a local musician and founder of Bend Roots Revival, said the pay for bar gigs was the same—if not more—back when he moved to Bend in 1992. Ransom's ageless musical style attracts the après ski crowd with Americana classics, jammy originals and Grateful Dead covers. For him, it's not about how much he makes per gig.

"Music was not my life's pursuit," he said. "I came to Bend ambitiously following the path of the ski bum."

"I wanted to give locals a voice once a year to do their thing," he said. "It is the epitome of unpretentious. For some, it's their only gig of the year, or at least the only one where they get a sound man. It raises money for the next generation of musicians."

All the profits from Bend Roots Revival go to support local music education programs. It's grown from 12 bands in 2006 to 110 in 2019.

Pearsall, who often plays out with Ransom and helps with the festival, has seen the rise of bands like Matisyahu, Larry & His Flask, Empty Space Orchestra, MOsley WOtta and the Moon Mountain Ramblers throughout his 20 years of playing in Bend. The biggest change he's seen this decade is technology, as music platforms have increased in sophistication.

"A lot more happens in the box [computer] now than it does on stage," he said. "There's a lot of posturing on the internet. In the aughts, your success was measured more in tangibles like, 'Are people actually coming to your shows? Are you selling records?' As culture changes, people don't ever have to leave the house to experience live music anymore."