A Change Will Do Us Good | Film | Bend | The Source Weekly - Bend, Oregon

A Change Will Do Us Good

Movies that shape the world

It was 1902 when "Le Voyage dans la Lune" ("A Trip to the Moon") by Georges Méliès was released, changing cinema and the way humans relate to the world forever. Sure, it's widely considered to be one of the earliest examples of the science fiction genre in film and changed the way narratives were told in movies, but that's still under-valuing what it did in the long run: It changed the world.

"A Trip to the Moon" rewired how we tell stories and how our brains react and process the stories that we're told. I think culturally, it's easier for people to accept that, artistically, a book or a song or a painting can effect change than it is believing a movie contains the same inherent power and importance. Many people still view film as a disposable art form, when in reality it's most movies that are disposable, not the medium itself. 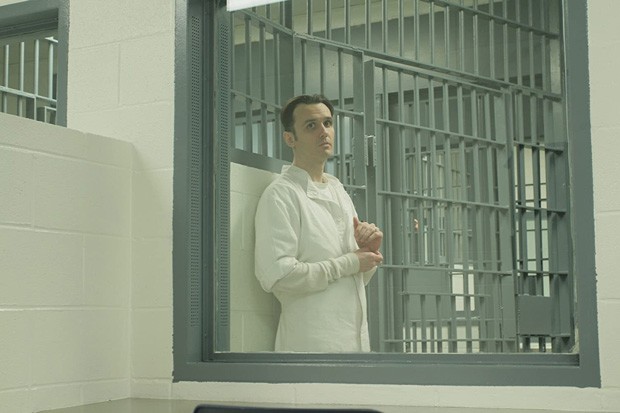 The 'Rona has basically shut down most of the film production, which is safe and smart, but also heartbreaking because, in this moment, we could use the kind of mass exploration of our hearts and minds that cinema is so uniquely suited to mining. Movies can and do change the world. Don't believe me? Here are a few examples.

"A Girl in the River"

Honor killings are when a member of a family is murdered by other family members based on the belief that the victim has somehow brought shame or dishonor to the community. An estimated 5,000 women are killed every year due to this archaic and disgraceful practice. In 2015, Sharmeen Obaid-Chinoy made "A Girl in the River," a documentary about a 19-year-old girl from Pakistan who was almost murdered by her father and how, after screening the film, the Pakistani Prime Minister helped pass the Punjab Protection of Women Against Violence Act. There's still much work to be done, but it's a step in the right direction.

In 1988, Errol Morris directed this profoundly impactful documentary about the Randall Dale Adams case, a man who was falsely accused of murdering a police officer. Over the film's run time, it proves beyond a shadow of a doubt that Adams was innocent, which led to his retrial and eventual acquittal. This movie literally saved a life.

The Dardenne brothers won the prestigious Palme d'Or at the 1999 Cannes Film Festival for their heartbreaking Belgian-French masterpiece, "Rosetta." Aside from that impressive piece of business, what the film really did was prompt Belgian lawmakers to pass youth labor reforms at a time when they were being exploited for pennies on the dollar. The law already existed, but was voted through after the release of the film.

Three teenagers were arrested for the brutal murder of three eight-year-olds in 1993 in the Robin Hood Hills of West Memphis, Arkansas. The detectives and community all felt the murders were part of a Satanic ritual, which led them to Damien Echols (an avid reader of Anton LaVey and Stephen King) and his two friends Jessie Misskelley and Jason Baldwin: also known as The West Memphis Three.

"Paradise Lost," released in 1996, goes a long way toward creating reasonable doubt for the WM3, while its two sequels put forth an astounding argument for who the guilty party might be. Director Peter Jackson contributed greatly to the WM3's defense fund and produced "West of Memphis," a doc which aggregates all of the information in the "Paradise Lost" films and ends with their release in 2011, after spending 18 years in prison. The sick twist? No one has been arrested for the murder of the three little boys and no one ever will be, because many of the town's officials, including prosecutor Scott Ellington and judge David Burnett, still think the WM3 are guilty.

There are so many more examples than the ones I provided. From the changes to the hunting industry after "Bambi," to women and minorities seeing themselves represented in films such as "Black Panther" and "Wonder Woman," culture and society in general can and will shift when film is treated with importance instead of like a cynical commodity.

Hopefully, when theaters reopen next week and movies start getting released again, they can help all of us continue to grow.