A Comedian for Stormy Times

Will Durst on the Trumpland travesty 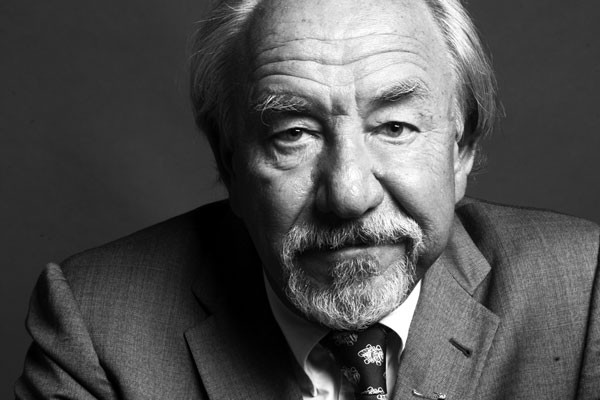 On the night of Nov. 8, 2016, comedian Will Durst took to a friendly San Francisco stage, expecting to preside over a Hillary Clinton victory celebration. Champagne was on hand. Cake, too. Just as he had done four years earlier, when voters re-elected Barack Obama, Durst arranged to have a TV onstage, so audience members could gleefully watch as the returns drifted in.

Then the impossible happened.

"Oh, my living God," says Durst. "The shit didn't just hit the fan, it leaked down the cord into the outlet and short-circuited a four-square-block area. The crowd paid no attention to me and looked like they had been told all of their children died in a meth lab explosion.

"Needless to say, the champagne went undrunk and the cake uneaten. The town was so quiet. And angry."

"The shit didn't just hit the fan, it leaked down the cord into the outlet and short-circuited a four-square-block area." —Will Durst tweet this

Here's our conversation with Durst.

Source Weekly: Does Donald Trump make your job as a political comedian harder or easier?

Will Durst: Yes. Both. How do you parody a parody? Trump is the president. That's the joke. The rest is farce. Riddled with slapstick. And there's something newly ludicrous every day. He uses chaos as fog. And the public has the attention span of lint. It's a challenge.

SW: We're 16 months in. What has shocked you most about this president?

WD: The fact that he doesn't learn from his mistakes. He uses people like Kleenex. The man doesn't read. How do they prepare him for summits? Do they use hand puppets?

SW: The show is called "Durst Case Scenario: Midterm Madness." How important are the November elections?

WD: For a lot of Americans who have the Canadian immigration website bookmarked on their computers, November is very important. And of course, extremely critical for Mike Pence.

SW: Are you stockpiling Mike Pence jokes just to be safe?

WD: Yes. The guy is one chicken bone away from the presidency. And Trump does not look like a picky eater. He's stiffer than Sean Hannity on a gay pride float. The man is the product of reverse taxidermy. Needs to be hosed down every spring with Thompson's Water Sealant. I got a million of them.

SW: What did you think about comedian Michelle Wolf's performance at the White House Correspondents Dinner last month? Did she go too far at any point?

WD: Michelle Wolf was hella funny. What's that? She went over the line? No. Sorry, Donald Trump erased the line. There is no line anymore. Deal with both or none.

SW: How do Trump supporters in your audience respond to your show?

WD: I tell them right up front: "If you think the current occupant of the Oval Office is a breath of fresh hair, this show is not for you."

SW: This president is wildly unpredictable. How often are you writing new jokes just to keep up?

WD: The easy part is writing the new jokes. The hard part is fitting them into the narrative. Also, their shelf life is so short. I had 10 minutes on Anthony Scaramucci, and now that's not just ancient news, it's medieval. Wearing a breast plate.

SW: Has Michael Cohen ever wired you money?

WD: I wish. Although, The Donald has been quite lucrative. I almost feel guilty capitalizing on this national tragedy. Like a jackal feeding on the carcass of democracy. This must be what it's like to be a corporate lawyer.