A Community for Makers | The Source Weekly - Bend, Oregon

A Community for Makers

On any given Saturday, you can find Susan Robertson bustling from booth to booth with her clipboard, making sure vendors in her pop-up market next to General Duffy's Waterhole have what they need. Her husband, Dick Robertson, describes her as the camp counselor of the Saturday Market—hands-on and always helping. 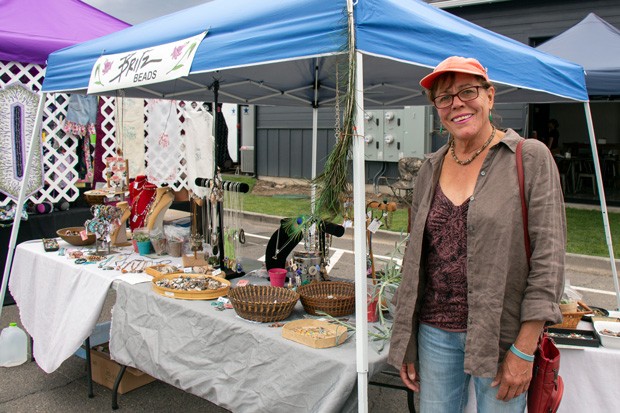 "For us, Saturday Markets are a really fun day," said Susan Robertson. "It pulls all these people into our neighborhood—and they can grab a beer and go out and walk through the market and then come and have lunch at one of our food trucks."

Robertson, a soon-to-be-retired registered nurse at St. Charles, saw a need in the Redmond community for a weekend market for local crafters and small business owners who didn't have storefronts. The Robertsons had the space—and it seemed like the perfect way to bring people into the neighborhood while benefiting the community. After posting on the Central Oregon Buy, Sell and Trade Facebook group about looking for vendors, it was clear there was a lot of interest.

"The first day I got four people calling, sending me messages. The next day there were 15 and I'm like, wow, there's really people that want to do this," said Robertson. "It was just kind of a little thought and then, all of a sudden, all these people are interested and wanting to do something here in Redmond."

The Redmond Saturday Market is unique in that it doesn't require vendors to sign on for the whole season. Vendors can pick and choose their weekends, making it possible for homemakers and side-hustlers with other responsibilities to be able to participate.

Jessica Warwick, who has a 17-month-old daughter, says the flexibility of the market schedule allowed her to rent booth space at last weekend's market selling macramé plant hangers. This was her first community market appearance, as she sells most of her Journey Mountain Design products through Etsy.com. 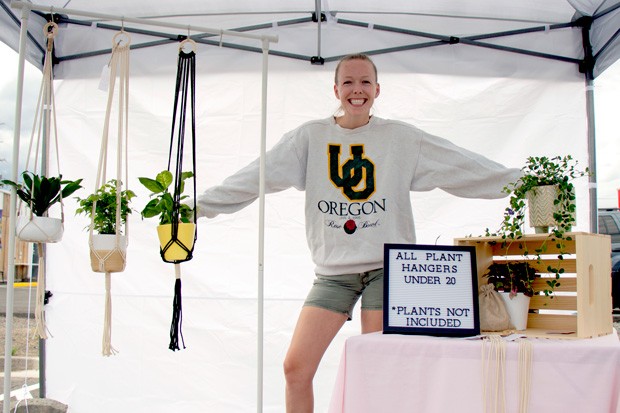 "I just started recently as kind of a side gig to support my stay-at-home mom life," said Warwick. "I was the youth programs director at Bend Rock Gym and then quit that so I could spend more time with my daughter."

She's had a lot of help starting her business, she said, from friends helping her design a company logo and taking professional photographs of her products, to family and community members buying her handcrafted items.

"I think it's been fun to see my friends and family come together, along with the community," said Warwick. "It's not as hard as I thought it would be."

Sandi Britz, a Redmond local who used to own Britz Beads in downtown Redmond, has been selling her beads and jewelry on Etsy after closing her shop six years ago. She just started selling her jewelry at the Saturday Market this summer.

"I was just selling on Etsy and staying home, and I realized that I should be getting out of the house," said Britz, laughing. "I'm really thrilled that Redmond now has its own market, and through thick and thin, I'm going to hang in here, because I just think it's really great."

The Robertsons are also hands-on and make themselves available to the vendors during the event, she said, which she really appreciates—and isn't always the case with other markets she has been a part of in the past.

As of now, the market can fit up to 22 vendors—which Robertson hasn't had any trouble filling with a wide variety of businesses. She's also considering incorporating produce in the fall, after area farmers markets close, giving local farmers a place to sell their autumn produce.