An advocate for kids and teens; a focus on tolerance

Editor's note: Joshua Langlais is a local photographer and the creator of A Community Thread, a project for which he interviews folks on the subject of community, its importance and how we function as individuals within it.

This is an excerpt from his interview with Ashlee Davis in May. Ashlee is a middle school counselor and describes herself as lighthearted and compassionate and an advocate for kids and teenagers. 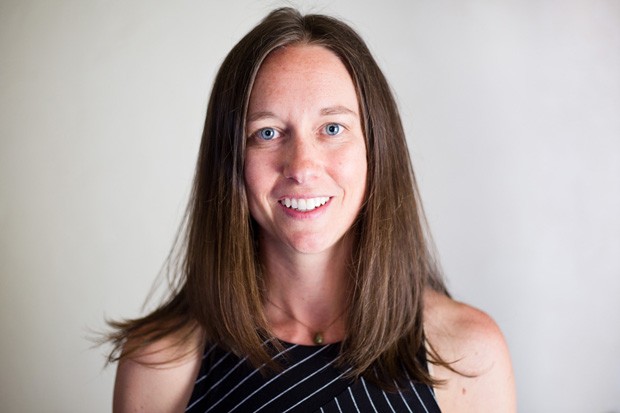 A Community Thread: What breaks your heart or concerns you in a way that affects you personally? And what motivates you to do something about it?

Ashlee Davis: It's a lot of little things that break my heart. The thing that probably I am faced with every day is a lack of tolerance and a lack of compassion. I don't think it's apathy; sometimes it's just accepted as the status quo.

ACT: As you make your way through your daily routines, what do other people mean to you?

AD: They mean connection and they mean that we're kind of all in this together. It's cool that we don't have to go through life alone. And I think we need each other. I really do. I like that connection to other people because it's how we learn. We see ourselves in others. We see a need.

“We have to teach our kids about how to talk about gender and sexuality and race and ethnicity, and conversations that make people uncomfortable that we don’t know how to talk about.”—Ashlee Davis tweet this

ACT: What does community mean to you? And what does it mean to you to be part of a community with opinions or agendas that go against yours?

But I think one of the most beautiful things about humans that separates us from any other species is that we have the ability to feel deeply. And that even means hurting and sadness and all those uncomfortable things that we want to avoid. But that's what brings us together. That's what connects us.

That's what community means to me is that I can empathize or imagine or feel for or think about someone on the other side of the ocean that is living in a developing country underneath a piece of cardboard. And I can think about that mom from El Salvador that is sending her child to the United States and that pain that she must feel. It's not solving the problem just thinking about it and knowing that we're all connected, but community is having your eyes open and your heart open and knowing and understanding what people are going through around the globe and right here under our feet in Bend, Oregon.

No matter where you live or what your experience is, there are certain things we can't escape from. We can't escape from pain; we can't escape from struggle. And that's community. We can all find joy and happiness and love and all of those beautiful pieces, as well. If I'm gonna live in this world with people that are different than me, it helps to understand why. Trying to understand the why behind it and 90% of the time recognizing that people respond and react in the ways that they do because they're trying to protect something that's valuable to them. And it doesn't make it right, but it just helps build that understanding.

Speaking of A Community Thread