A passion for education; an equity champion

Joshua Langlais is a local photographer and the creator of A Community Thread, a project for which he interviews folks on the subject of community, its importance, and how we function as individuals within it.

This is an excerpt from his interview with Christy Walker in July. Walker describes herself as a Latinx, cis-gendered, able-bodied woman and an equity champion. 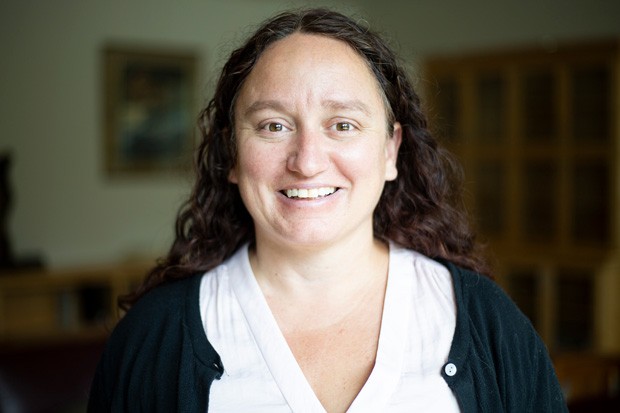 A Community Thread: What concerns you and what motivates you to do something about it?

Christy Walker: What concerns me the most is the lack of education of folks in our area. I don't necessarily mean in the traditional schooling sense, but I just mean that people are willing to be ignorant about issues that are going on. If you don't live in the particular skin, then you tend to not care about what other people are going through.

In my job, I see how underrepresented youth are treated and the opportunities that are missed. The lack of representation they have, it's heartbreaking. If I am one of their only teachers that can relate to them as far as our ethnic backgrounds, that's really sad. Even curriculum, how it doesn't represent who they are—they tend to be cast aside as a quirky sidekick instead of a hero in a story. It could be so simple: change a word problem in math so that maybe the name is Diego instead of John to make people feel included. It's just very sad to me that people are so closed off to understanding other people and understanding why that's an issue.

I think that people with privilege need to do what they can to help others that don’t have that privilege. And I’m not saying to speak for them, but to help pave the way so that they can speak for themselves.—Christy Walker tweet this

A lot of people will ask me, 'Why is that so important for these students to have their names or have someone that looks like them?' They've never had to think about it. They've never been the only brown student in the classroom. When the topic of racism comes up, everybody looks to that student. They've never been the only person of anything in any area and so they don't understand. They'll never understand what that means. And, to be honest, I won't understand that either because of how I look. But you need to be able to empathize and relate with that and not just cast it aside as if it's nothing. People tend to think that people's emotions, when they're feeling hurt, that they're just overreacting or that they're just angry and they delegitimize what they're feeling because, again, they'll never experience it.

ACT: What do we mean to each other, individual to individual?

CW: I think that no person is an island. And you can't live life alone. We have to support each other and that's why we have to interact with each other. While the things that we do might feel so small-scale compared to the universe, it's important to do the best that we can with the life that we have. If you can make a positive impact, then you should.

Personally, I feel really drawn and compelled to this kind of work because I feel like I've had it pretty easy, to be honest, in a lot of ways. Don't get me wrong, I've had my own struggles and my own share of things. But I also feel like I need to use the privileges that I have to help other people because we're connected. It's not fair that I get other things just because of the color of my skin. I didn't control that. I didn't earn that.

I feel like it's up to us to level the playing field so that we can all live in harmony. We have this one world that we're living in.