A focus on relationships and humans' potential

Editor's note: Joshua Langlais is a local photographer and the creator of A Community Thread, a project for which he interviews folks on the subject of community, its importance and how we function as individuals within it. 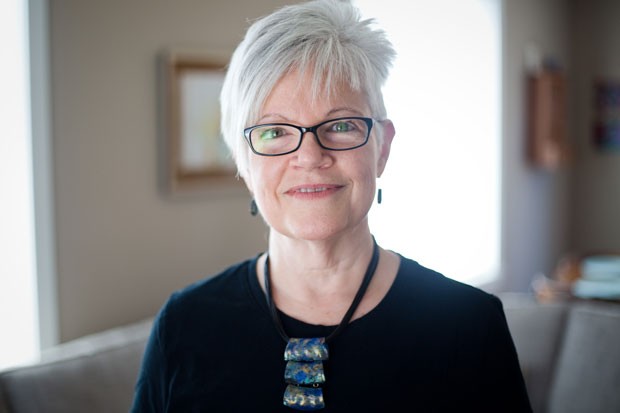 This is an excerpt from his June 2018 interview with Dorothy West, who's a professional systems coach. Contact her at her website, dorothywest.net.

A Community Thread: What matters to you?

Dorothy West: The highest possible frequency that we can move through day to day—that's what matters to me. I think people are our big, untapped resource. I think that relationships provide our evolution. And when we walk by each other without recognizing that, it's a big waste. That when two or more of us talk about something other than appearances, we start to tap into the potential of raising the frequency and living as all that we are, as opposed to this teeny, tiny percentage of that. So, people matter most to me. I think when we explore the value in our relationships and in our potential, everything else gets handled. When we're looking at each other as valuable and all the potential of contribution, stuff like our relationship with the planet, our relationship with the future—all that gets handled. Once I know you, I don't want to hurt you. Once I know who you are and what your gifts are, I just want to support you.

ACT: What concerns you?

DW: I don't focus a lot of my attention on what I don't like, so I can answer the question by looking at where I think I could have impact. Big impact, for me, is an evolution of the education system. Where the message is delivered early that we're unique, powerful creators with contribution to make; not pegs that need to try and fit into pre-drilled holes. Along those same lines, art of all kinds—as much as possible for as much of the day as possible for every child, everywhere. I don't really care if it's sidewalk chalk or something structured in a classroom, but that personal expression that's an art form being introduced early with a lot of plentiful time and resources and space.

I think a lot of the resistance that we find is our resistance to being prescribed the expectation that we're gonna show up a particular way. Globally, that's what we're resisting. And I think if we just open that up and give everybody space to express who they really are, it would take care of most of the resistance that we're finding. When we feel seen and appreciated, it makes it easier for us to love and care for others. So, yeah, give a kid a crayon!

ACT: Social injustices have a central theme of inequality. What's going to be the thing to bring people together to focus on the root of that problem instead of working on the many forms it takes? And what's your role in that?

DW: OK, my first answer is that if we talk more about what we want and less about what we don't want, we find more commonality. It becomes more broad and, at the same time, more specific; it's for everyone and it's the same thing. So, I think the first thing is to stop fighting something and be for something.

What's mine to do is to refuse to give my focus or my attention or anything of mine to anything I don't want. So, I will not participate in anything that's a fight against something. But I'm happy to participate in something that's for what I want. The other piece of that is as long as we name an enemy, we're continuing to create a right and wrong polarity—us and them. To think that there is someone who's not affected by the suffering of someone else—that's an illusion. If there is suffering, we are all affected. So, you might get out of your lifetime believing that you weren't affected, but you were. And certainly, anybody you left behind will continue to be affected.

ACT: Do you have a sense of purpose?

DW: I do! My purpose is to raise the frequency on the planet. And sometimes that's easy as a smile and sometimes that's tearing my hair out to get the words just right in something I'm gonna put out. And sometimes it's speaking when it feels a little risky. But that's my purpose—to raise the frequency. It's to share with every person I come across that you are a creator. You have value in you to express. And if you take your focus off of money for just 24 hours, you get in touch with it faster.

Read or hear the entire interview at acommunitythread.com.