How making a film in Palestine broadened his perspective

A Community Thread: What concerns you or gives you pause? What gives you a heavy heart?

Jesse Locke: I would say people who don't look outside themselves. I feel like I'm a searcher and I surround myself with people like that. What concerns me is bullshit and small talk. Those things—I have no real place for them in my life. I like to be around people who are themselves and honest and true. Now, I understand it's hard to do that in life and so you have to kind of figure that out as you go. You will always know what I feel—I wear it on my sleeve—and I appreciate that about everyone else. So, when I get a heavy heart is when people aren't true to themselves and they don't try to look in the mirror every once in a while and say, 'Who am I? What am I doing?' That makes me upset. And bullshit—I think I mentioned that. 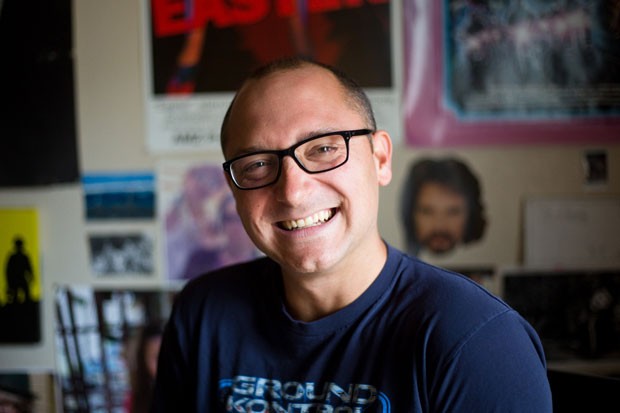 ACT: What does it mean to you when you say make a difference?

JL: It's changing. It changes daily—to try to diagnose or define that—"a difference." As an American and not that bright, making a difference was not even on my radar. And then I had the lucky turn of fate to go over to Palestine and see these people and broaden my horizons of what humanity looks like and what this all kind of means. What are we doing in this world? Not just, What are we doing in Oregon? What are we doing in Bend? You know, you can become as finite as you want. What am I doing today with my life?

So, from that we made the film (found at radianceofresistance.com) And I started to find what making a difference to me would be. And using my skill set, which is film, to spread the word. To show people things that they haven't seen before. And try to change a narrative on a society of people—especially the Palestinians—that I feel like is very negative throughout the world and especially in America. So, one step at a time, spreading this film—that's how I began to see I can make a change.

Once you get that bug it grows. I got the bug. This is feeding my soul. And you want more of it. And you want to start doing more of this work. You want to start changing more people. And it comes to a point that it's not good enough. And so, what do you do next—to change, to make a difference?

I've talked to a couple activists here in town and, in my mind, through these conversations, making a difference now is giving people something to do. I would show a film. And not only will we have a discussion about it afterwards—used to be that was it—now, I want to give them a task or get them to engage in this movement, in this film, in these people in a way that I didn't before. And that's how I think I can make the biggest difference.

Listen to or read the interview in its entirety at acommunitythread.com.

Joshua Langlais is a local photographer and the creator of A Community Thread, a project for which he interviews folks on the subject of community, its importance and how we function as individuals within it.

This is an excerpt from a September 2018 interview with Jesse Locke, who describes himself as a hardworking, creative person and the guy who always wants satisfaction but will never get it. See Locke's work at unlockedfilms.space.