Joshua Langlais is a local photographer and the creator of A Community Thread, a project for which he interviews folks on the subject of community, its importance, and how we function as individuals within it. This is an excerpt from his interview with JJ Riddell in July of this year. JJ is a senior in high school and describes himself as a student leader who advocates for student impact and student voice. 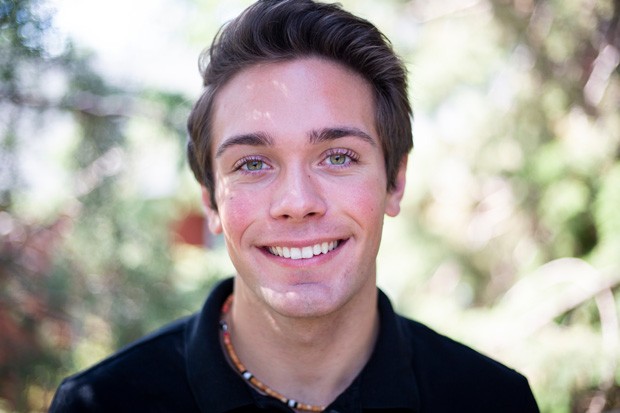 A Community Thread: What concerns you or breaks your heart? And then what motivates you to do something about it?

JJ Riddell: Our community, we're all one, but then there's a whole bunch of different sub-communities and we're all different. And everyone who's a part of the community is different in some way. And when people don't accept each other for their differences is what breaks my heart. Sometimes when you look at someone, all you think is stereotypes that might surround them. And that just breaks my heart because people are too focused on what society might think of them instead of actually getting to know them. So, I just try to live my life the way that I want to and not have to worry about the stereotypes that surround me or don't surround others with stereotypes. So, when I meet someone it's just a blank slate. It's not, "Oh, you look this way" or "You're dressed like this" or "You have this type of background." It's more of just, "Hi. I'm me and you are you. What's up?" It's more just building a relationship instead of trying to think of what's already going to happen.

ACT: What do we mean to each other, individual to individual?

JJR: Everyone that I meet has their own story. I view people as they're each special; unique story. And getting to know them is awesome; and then also being able to share your story. I think there's so much potential to share, to relate, or to even argue — if it's respectfully. It's not just the community that we're in or the space that we're in, it's more connecting with people. The connection can get lost because they don't push for it. So, I think individuals are about connections and then getting to know one another and then growing with or helping them grow or them helping you grow in some sort of way.

I like to say that my generation is being an example, so that way-future generations can live up to it. —JJ Riddell tweet this

ACT: Do you find with your peer group that there's a lot of frustration and hope for change and passion?

JJR: There's a lot of things going on in the world. And a lot of kids are finding their own thing that they're passionate for. I would say mine's education and mental health-related subjects. And then others might be climate change or more political or more in society and I think it's frustrating for a lot of kids because when they try to promote or advocate for it, they can't reach a lot of other people because they might have a different passion. I think some kids are frustrated because there's so many problems that not everyone can keep up. But when they do put on marches or conferences or something like that it does make an impact and I think they start to see it more.

ACT: There seems to be a group of people who want to keep things how they are and they are unified and able to get quite a lot done. And the people who are advocating for change seem to be disjointed. Maybe we're doing it wrong. We can't beat it one issue at a time because the issues are growing so fast. I think what's beneath the many different issues is the same root cause though—maybe it's greed or selfishness.

JJR: I think that a lot of people are fighting for change, but then they can't look at the overall picture and see what's in common. I think it's hard for all walks of life to find the common thing. Maybe it's not so much right now they're trying to change or make a big impact, but I think it's more as training the next generation on how to act. And teaching them to be nice to one another or view everyone as an equal so you don't have all these divides in society. Because there would be none if you treated everyone the same.