A Conversation with Christine Vachon | The Source Weekly - Bend, Oregon

A Conversation with Christine Vachon

If you were a queer kid, an outsider, or a weirdo growing up in the '90s and you wanted to see yourself on film, Christine Vachon had your back. The legendary indie producer will have four of her groundbreaking films screened at this year's BendFilm festival, where she'll also be honored with the Indie Woman of the Year award. 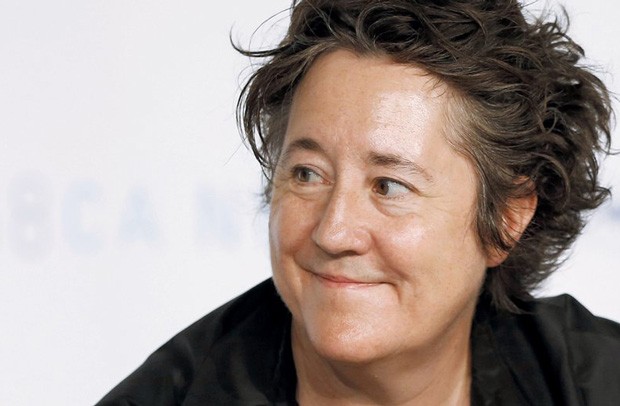 Vachon is known for bringing the stories of the un-championed to the screen and creating modern classics. BendFilm will screen a number of her films, including "Hedwig and The Angry Inch," "Carol," "First Reformed" and "Boys Don't Cry."

Ahead of the festival, I had the opportunity to chat with Vachon.

Source Weekly: Where did your love of film begin?

Christine Vachon: I was lucky enough to grow up in New York City and we could walk to the movie theater. On the Upper Westside there were a lot of movie theaters and most importantly, the type of movie theaters that is pretty much extinct now: the second-run movie theater where you could go see movies for a dollar. From the time I was 8 or 9 years old, because it was a different time, we could run around by ourselves and stand outside the movie theater, if it was R rated, and get an adult to walk us in.

SW: Do you remember a film you fell in love with as a kid?

CV: "The Poseidon Adventure." It had everything!

I don’t think it is fair to producers or producing to boil it down to bringing other people’s visions to life, since so often the material originates with us-Christine Vachon tweet this

SW: Why did you chose to be a producer, rather than making your own films? Often producers are credited with bringing other's vision to life. What made you want to do that?

CV: I don't think it is fair to producers or producing to boil it down to bringing other people's visions to life, since so often the material originates with us. We often are the ones who bring on the other creative elements, like the writer or the director or both. Ultimately we will get behind a director to work very hard to make sure we all have the same vision and we will work very hard to execute that director's vision, but I find it always a little disheartening when people feel compelled to remove the art of producing from the creative process.

SW: What kind of projects do you want to work with?

CV: It's complicated, but ultimately, does the story feel compelling? Does it feel resonant for our times? Is the script strong and does it feel like a story we haven't seen before? Then there is the consideration of whatever elements are attached, the director, the actors, what have you. And finally, is this something we can pull off?

SW: Have the stories you have wanted to bring to life changed over the past 30 years?

CV: Well, I think the stories we want to see have certainly changed. Especially because of the different ways that we want to consume media now. I think the fact that there is streaming services that are doing all kinds of content has allowed probably a lot of the stories that are more provocative to migrate over to television, streaming services, etc. Whereas theatrical filmmaking has... At the end of the day what it really means is that making a theatrical motion picture that is not a superhero movie is actually more of a challenge than it has been.

SW: What stories are you interested in telling in the future that you haven't seen yet?