A Cultural Tradition — A Modern Girl

Local teen celebrates her quinceañera, honoring traditions while doing things her own way 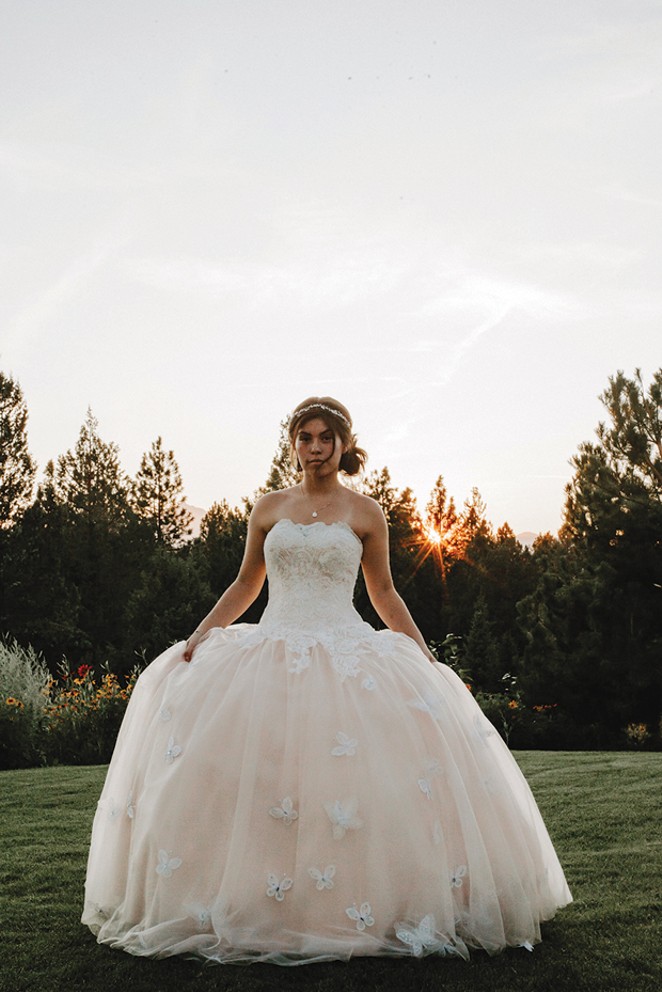 It was the kind of summer day in Central Oregon that people live for—sunny skies, warm-but-not-too-hot temperatures and a stunning view of the Cascades looming overhead. If Bend teen Sophia Rodriguez could have picked an ideal day to mark her 15th birthday with a lavish celebration, this would be it. Rodriguez was celebrating her quinceañera—a rite of passage for many Latinx teens on their 15th birthdays. This one, in particular, was "more modern than other quinceñeras," she told me on her big day.

When I arrived at the party—to which I'd been invited as the mom of one of the members of her "honor court"—Rodriguez had changed out of the flowing, princess-like dress she had worn throughout the day, switching into a more comfortable white linen dress. It had already been a packed day; she and her family—and entourage—moving from church to home to the party at the event space at Aspen Lakes Golf Course. At the party, dozens of tables were decked out with flowers; side tables dressed with fruits, candies and Mexican-inspired delights such as corn on the cob, dripping with a mix of butter and chile. On a side table, not one, but eight round, white cakes were prepared for guests. Later, guests would enjoy dancing and a catered dinner.

Milling around were at least a dozen other teen girls, dressed in varying pastels to go along with the birthday girl's pale-pink theme. In the quinceañera tradition, the birthday girl selects an honor court made up of close friends and family—which can include both girls, called damas; and boys, called chambelanes, or escorts. Rodriguez's chambelanes generally wore shades of pink—but because this was a modern "quince," they eschewed the suits or tuxedos found in more traditional quinceañera parties—instead mostly wearing polo shirts, in what might be deemed "dressed up for Bend."

"What made it more modern was that I only gave out a color suggestion for dresses. I wanted everyone to express themselves, more than giving them a more uniform thing to wear," Rodriguez said. "I didn't grow up with quinceañeras all the time because there aren't a lot of Latinos in Bend."

Quinceañera parties are steeped in many traditions—many of which Rodriguez and her parents opted to take part in, even while the quinceañera herself aimed to take that more modern approach. Being a tradition that signals a girl's move into womanhood, traditional quinceañeras involve a blessing at Mass at a Catholic church, the gift of the girl's last doll and the girl's father helping her change from a pair of flat shoes into heels. At the party, there's also a dance involving father and daughter, as well as a formal toast. While the Rodriguez family took part in many of those traditions, Sophia said she was skipping the doll—and the shoes.

"I just wanted to do the traditions that meant the most to me," Rodriguez said.

For Latinx teens in the U.S., opting for a modern quinceañera is a way to balance cultural traditions with living in a modern age. As Rachel V. González-Martin, folklorist and professor in the Department of Mexican American & Latina/o Studies at the University of Texas at Austin told The New York Times, "The modern quinceañera has become the 21st-century manifestation of what it means to be visible in an American system on your own terms."

For Rodriguez, part of doing things on her own terms involved mixing it up at dinner. With Rodriguez's dad being the owner of Central Oregon's Hola! restaurants, it would have been easy to have the buffet filled with some of the foods the restaurants serve every day. Instead, dinner was Japanese ramen. So, in this case, a modern quinceañera involved slurping on noodles with boys in pink polos, under a stunning Three Sisters landscape. 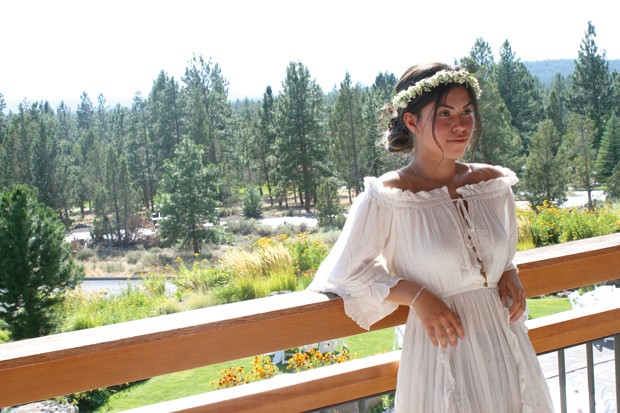