A Descent Into Movies and Madness

April 07, 2020
comment
I don’t go stir crazy, get cabin fever or enjoy the company of most people, so this self-quarantine is mostly business as usual for me. Being alone is my normal. I’m newly dumped, so I was already looking at this time as an excuse to love myself a little better and maybe stop being such a sad bastard all the time.

My lungs are trash, so I’m attempting to avoid risk altogether by not grabbing the mail or grocery shopping and just staying inside and writing or watching movies and shows. Oh, and I’m fasting while trying to lose 100 pounds and on day nine of quitting smoking, so each day is a bit of an adventure for me. 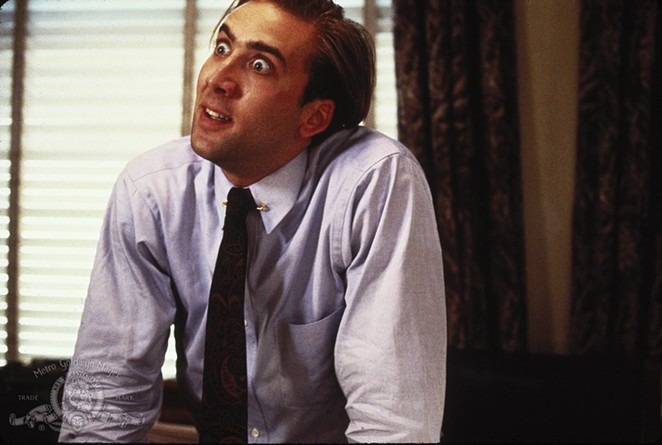 As fun as “Tiger King” is, I’ve been trying to keep my brain occupied around the clock so I don’t have time to think about how worried I am for my 95-year-old grandma isolated on a massive apple orchard in California or my diabetic roommate who’s relying on me not to kill him. The less time I have to think, the less time I have to let my anxiety run away with me and make me question every single tickle in the back of my throat, positive that it’s the beginning of the sore throat that’s the start of my end.

Sorry if all that is too personal, but what I’m getting at is, I’ve been curating a lot of film festivals in my living room for me and my cat, Oy, who doesn’t seem to appreciate them as much as I do. I put a lot of work into them, each day selecting movies that I think will be fun, enlightening and make my cat (and I to a lesser extent) better people through empathy and understanding.

The idea was to watch every single Sherlock Holmes movie I could get my hands on, but there are like hundreds. My cat checked out after four of them. I don’t blame him, but I’m persevering. tweet this

A few of the film festivals I’ve created are as follows:

“I’d Like to Thank the Police Academy:” This one is self-explanatory. We watched all seven “Police Academy” movies, hoping to just have some nice innocent laughter. I forgot these movies are hot garbage though, leaving me with a headache and a deep dislike of all things Guttenberg. For future reference, the order of quality goes Six, Four, Two, Five, the Original, Three and Seven.

“Caged Heat:” We’re watching all the films starring Nicolas Cage and rating them based on the intensity of his performance instead of the quality of the film. I think his best performance is “Raising Arizona” but roomie thinks it’s “Adaptation.” Sadly, I sometimes think we’re both wrong and it’s “Face/Off.” We’re only 45 movies into this project, so we probably haven’t even watched his best yet. 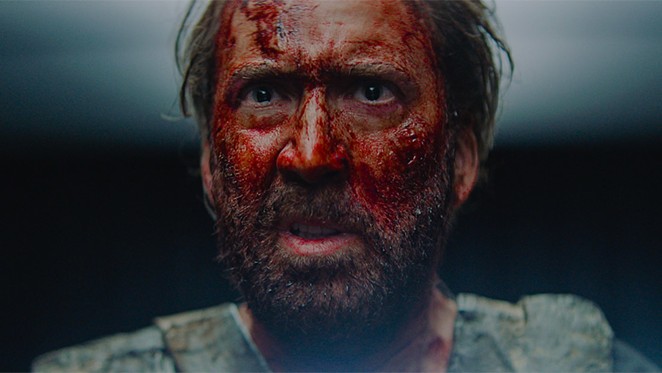 “Bava Don’t Hurt Me, Don’t Hurt Me, No More:” We’re also watching the entire oeuvre of the late, great Italian director Mario Bava, responsible for such seminal horror films as “The Whip and the Body,” “Planet of the Vampires” and “A Hatchet for the Honeymoon.” Almost all of his films are streaming across Kanopy, Hoopla and Prime, so if you want to watch Christopher Lee whip a stunning Italian actress into a frothing orgasmic frenzy, now is your chance. Yeah, my cat thinks I’m weird too.

“Houses of the Holy Moly This is Terrible:” I thought it would be fun to pick a random horror franchise I wasn’t familiar with and watch each of them, ranking the series from best to worse. I love haunted house movies, so I picked the “Amityville Horror” franchise. Little did I realize, they are 21 films deep, only two of which are halfway decent. I don’t recommend this festival to anyone, but boy howdy it sure did eat up a lot of time.

“Holmes for the Holidays:” The idea was to watch every single Sherlock Holmes movie I could get my hands on, but there are like hundreds. My cat checked out after four of them. I don’t blame him, but I’m persevering. I can do more, I know I can. I just have to stop falling asleep during every single one of them multiple times. There’s something very comforting about these movies and since so many great British actors have played the role, I like to imagine Holmes is like the Doctor, regenerating every few years to take on new bad guys. Well, it makes sense to me.

Anyway, this is how I’m coping. I’m lucky that I get to stay inside and I worry for each and every essential one of you. I know it must be scary to step into it every day, but we appreciate you and love you and you’re not alone. Neither am I.

My cat keeps side-eyeing me like he’s waiting for me to fall asleep before he eats my face. If you don’t hear from me in a week, send help.