A Drinking Game With A Rugby Problem | The Source Weekly - Bend, Oregon

A Drinking Game With A Rugby Problem 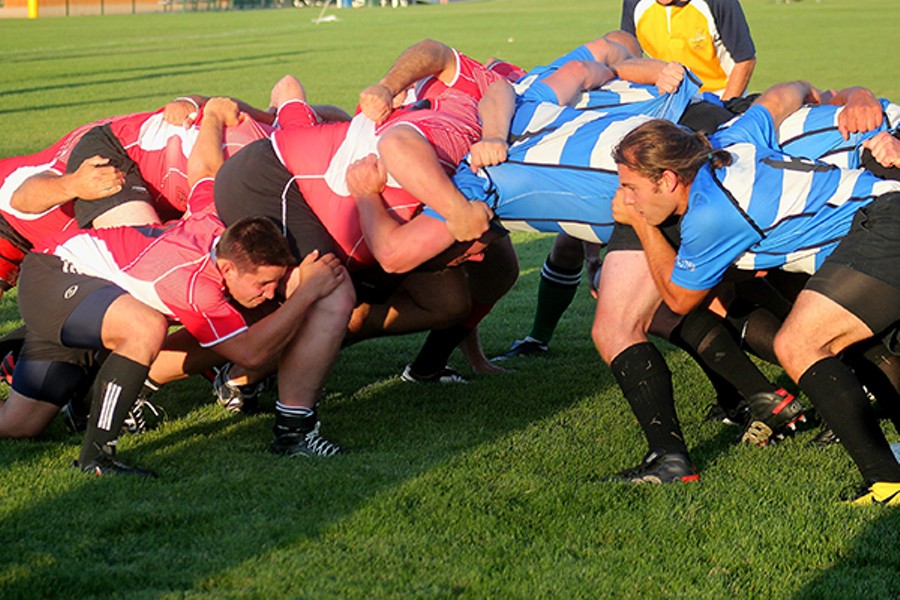 Nope, the Bend Rugby Football Club (Bend RFC) isn't anything new in town. It is 40 years old, founded in 1975, from a time when Bend was a sleepy post-glory mill and pre-corporation ski town, and when the closest locally brewed beer was a good 300 miles away (like, maybe, Olympia, Washington?).

Early on, the team consisted of what you might expect from Central Oregon: ex-football players, ski bums, and ruffians looking for camaraderie. However, with the population growth in Bend and Redmond over the past two decades, the team roster gained a surge of new players and has continued growing and developing its programs. Moreover, after a great year in 2014, the club was bumped up from Division 3 to Division 2 in the Pacific Northwest standings for Fall 2015. This Saturday, August 29, Bend RFC looks to kick off its fall season and bring home the trophy at the Cascade Classic Rugby Tournament.

For those unfamiliar with the sport, a little history: Rugby was developed at English public schools during the 19th century, though ancient Greeks and Romans also played ball games that closely resembled the rules and style of rugby. Toward the end of the 19th century, the sport divided into two schisms, the rugby "league" and the rugby "union," each with slightly different rules of play. Over the years, the game spread around the globe. Today, rugby union is the most popular form of the game, and its "sevens" version, which includes seven players on each side, has been admitted to the Olympics, starting with the Rio de Janeiro 2016 Games.

The central features of the game involve an oval-shaped ball, which can only be moved forward down the field by running with it, kicking it, or throwing it laterally or backward—not forward. Teams can have either seven, 10, or 15 players on each side, and the objective of the game is to score more points than the opposing team during the 80-minute period of play, via "tries" (grounding the ball in the opposing team's goal area, similar to a touchdown in American football) or by kicking goals. Play begins when one team drop-kicks the ball toward the opposition. The ball is moved up the field, and the players are stopped either when the opposition tackles them or when they score a try. Only players carrying the ball can be tackled, and once a tackle occurs, opposing teams compete for the ball. Once a team scores, the non-scoring team puts the ball back into play with a drop-kick toward the opposition.

Armed with this knowledge, or perhaps feeling a bit confused, head over to Pine Nursery Park this Saturday to see the sport in action, gain a better understanding of how the game works and cheer on the Bend RFC! The fun begins at 8 am and runs all day. And, yes! There will be a beer garden.