A Glass Slipper for Rapid Vaccine Deployment; A Boot for Hypocritical Relaxed Restrictions

Last week, health officials from Deschutes County and St. Charles Health System did something extraordinary: In the span of a weekend, they saw over 3,000 people pass through the doors of the Deschutes County Fair & Expo Center, acting on guidance from Oregon Gov. Kate Brown, who placed teachers and school staff in Group 1B of the state's vaccination schedule. The decision to prioritize teachers in this second group ahead of seniors was not without controversy and put Brown in the rarified air of the very few governors who prioritized teachers before seniors.

But what came after Brown's decision was remarkable. As of Monday, nearly 2,000 people have received at least one shot in Crook County, with over 28,000 in Deschutes County, and over 1,200 in Jefferson County. Deschutes County now has nearly 5,000 people who have received two doses of a COVID-19 vaccine. With 940 employees in Redmond schools and 2,200 employees in Bend-La Pine Schools, it appears that the vast majority of school staff have been able to access the vaccine. 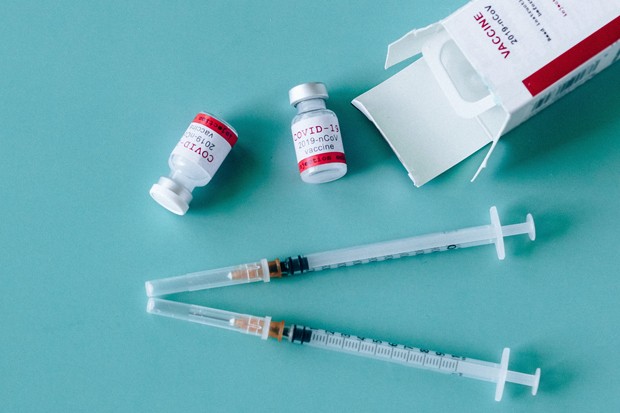 St. Charles and Deschutes County did the job of vaccinating mass numbers of people so well that they were also able to up the timeline on when seniors 75 and older could get the vaccine locally. They handled the logistical job of standing up a mass vaccination clinic for Central Oregon so well, in fact, that it caught the eye of those same state leaders who had sent the vaccines this way in the first place. It was fun run while it lasted, and St. Charles and Deschutes County deserve our "Glass Slipper" for their efforts—even if it meant that this week, the doses earmarked for this county went instead to the Portland area, where it was reported that some health care workers had not yet been fully vaccinated. Central Oregonians, in our enthusiasm to get schools reopened and life back to some semblance of normalcy, gave all it could to get the job done. And now, we wait for next week's doses to arrive.

But even as we hand out a slipper for our local public health crusaders, we also have to toss out a "Boot" for the governor's office—but not because of the last-minute reallocation of doses. Health care workers in our state, whether they're in Portland or Bend, deserve some peace of mind and to be fully vaccinated. It's curious that state officials did not run the numbers appropriately in order to determine how many doses each county would need before robbing Peter to pay Paul—but alas— this is a pandemic.

What we take issue with is the scraps that Gov. Brown and her team tossed out this last week to counties still in the Extreme Risk category, which include Crook, Deschutes and Jefferson counties, in the way of "relaxed restrictions."

Under the updated guidance, gyms and indoor recreational facilities over 500 square feet can have up to six patrons in their establishments. In a place like the Bend Athletic Club, six people could exercise in separate rooms of the sprawling club and never see one another. But OK, it's allowing something, and that's better than nothing.

Under the updated guidance, tents set up for outdoor dining can have two sides, rather than just one. This is all well and good for those in the Willamette Valley who contend with rain more than the biting cold east of the Cascades. Outdoor dining with two tent flaps open rather than the three previously required is hardly progress.

And then, the pièce de resistance of this week's changes: the decision to allow up to six lottery patrons to enter buildings to play. The guidance states that lottery patrons must wear masks at all times so as not to equate them with indoor diners—but this paper-thin justification for turning on a source of revenue for the State of Oregon while many restaurants are shut down smacks of a double standard. Now facing months of reduced revenue due to ongoing shutdowns, it seems perfectly OK for state officials to turn the gas on to their own revenue but ignore the many struggling businesses that still have their revenues stifled to almost nothing. It is maddeningly obvious that this was a method of ensuring our state government gets its vice-laden end, while thousands of other businesses wait for the next handout or ease in restrictions. And are we really buying the notion that lottery patrons won't ask for, and be served, a drink while they fritter away their stimulus funds on those machines?

In the ongoing saga that is the pandemic, we are forced to trust our local and state leaders to craft appropriate plans and reasonable responses to the challenges that we all have faced. When they don't, it encourages people to take matters into their own sanitized hands. This is not how our state should be rolling into reopening.