If you're one of those people who doesn't have celiac disease, but who's still sensitive to gluten, this might be a beer for you to try. This month, Deschutes Brewery released Lil' Squeezy Juicy Ale, a "gluten-reduced" American Pale Ale that relies on an enzyme to break down gluten proteins in beer. 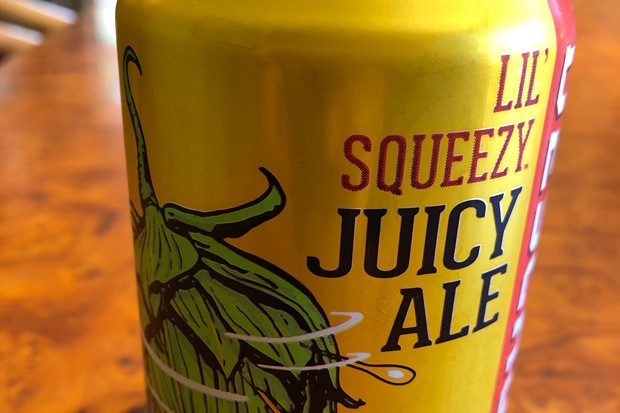 "Most Deschutes Brewery beers range from 50 to 150 parts per million [ppm]," stated Deschutes' Quality Systems Manager Shawn Theriot. "Lil' Squeezy is crafted to reduce the gluten content to be less than 20 ppm."

The beer is available at local stores in 6- and 12-can packs.

It's been nearly a year since Boneyard Beer opened its new pub on Division Street in Bend—and now, the popular spot has released a new summer menu and is introducing its new head chef.

"Our new Head Chef Ben Phillips has written a menu we believe the people of Bend will love, because we are Bend," General Manager Jon Avella told the Source. "Enjoy Verde Nachos with either pulled pork or jackfruit, our new Boneyard Buffalo Wings or a Firecracker Chicken Bowl."