A Good Man Is Hard to Find

Dude columnist struggles with what it means to be a man; female editor has doubts

by Baynard Woods and Mary Finn

Mary Finn, an editor with Democracy in Crisis, often makes extensive notes on my columns—in this case, we decided they were far more interesting than the column itself. So we left them, in dialogue with a half-formed column.

I have been trying to figure out a way, as a white man, to write about the mounting evidence that we are all horrible. Who needs to hear what I say about this?

Some guys are staying away from writing about this because they've behaved badly and they don't want to be hypocrites or get caught. Can Glenn Thrush (NYT) write credibly about Trump's assaults when his own aggression and follow-up apology emails are now on full display? This column's women readers may feel dissatisfied with your reflections. Doesn't mean you shouldn't try.—M.F.

I made a list of every man I've ever known who I'd put my 401K on the line that they've 1) Never harassed someone at work 2) Never coerced a woman for sex 3) Never could be perceived by a woman as doing any of the above. There are four men on my list and I'm 42. Maybe we're now seeing men for who they are. Even the "good" men. The "good men" need to see themselves as they are, not how they want to be seen.—M.F.

I've been talking to parent friends about raising boys to be good men. Is this even possible?-M.F.

But in the absence of an idea of what the good man may even be like, I worry that the more racist a man is the more likely he is to be believed and his victims vilified. Donald Trump and Roy Moore are only the most obvious examples.

I was talking to a nominally progressive guy in San Francisco and he said, "I mean, it just seems like we can't win. It feels like no matter what we do, it's never enough." This guy despises Roy Moore but he feels misunderstood and attacked for being a man in the Me Too moment. There's some solidarity between Mobile, AL and the Bay Area after all.—M.F. 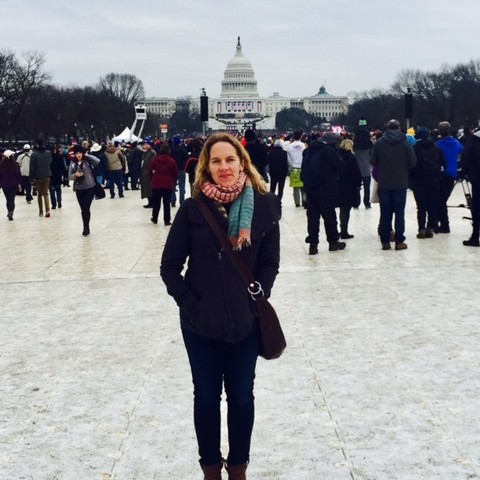 Sixteen women have gone on record to say they were sexually assaulted or harassed by Donald Trump. He himself admitted to assaulting women in the Access Hollywood tape. There are further allegations that he raped a 13-year-old. He was elected.

It's not a coincidence that the Women's March was the first mass movement under Trump. Trump will get away with his sexual assaults. Still, there's something that's happened to me since he got elected that has changed the way I see men. A friend told me she is sick of men. Me too. I'm having a hard time staying patient with men who pontificate. I think I'm holding regular guys (bosses, landlords, men on blind dates) accountable in a way I didn't use to because I know Trump won't be held accountable. Is that why so many women are participating in this national mass disclosure movement? If you can't hold the president accountable, may as well make sure your boss isn't a mini-Trump. —M.F.

More than 50 percent of white women voters checked the box for Donald Trump, even after all of this was known.

He also defeated the first woman nominee. I think that matters but I'm not entirely sure how. Why are the women feeling any level of confidence to tell their stories with THIS guy as president? I'd think it would have been safer to disclose when Obama, a self-declared feminist, was in charge. Why now?—M.F.

It's weird that we've turned all of this horror into a partisan issue, but that is partially what it has become. And the Democrats are responding horribly.

It is unbelievable that the Clintons threw themselves an anniversary celebration of the 1992 win. I've always believed that Clinton raped Juanita Broaddrick in the 1970s. It was disgusting to see the Democratic party luminaries celebrating Clinton. Bill Clinton and Donald Trump got away with sexual assault and got elected. Democrats need to reject Bill Clinton to have any credibility on Trump.—M.F.

Rather than seeing this as an opportunity to truly interrogate themselves and what they are as a party, they want Franken to stay because they see it as politically advantageous.

Is there any gradation in how we judge what all these men did? My women friends say things like, "If it's a one-time ass grab and the guy got scolded, that's different than a serial predator." Should the consequences be applied bluntly or is there any room for nuance? I mean, I don't want a boss who even grabbed one ass. But, would I be okay with a one-time ass-grab senator if he votes to keep Obamacare? I'm not sure how to judge.—M.F.

Speaking of Democracy In Crisis