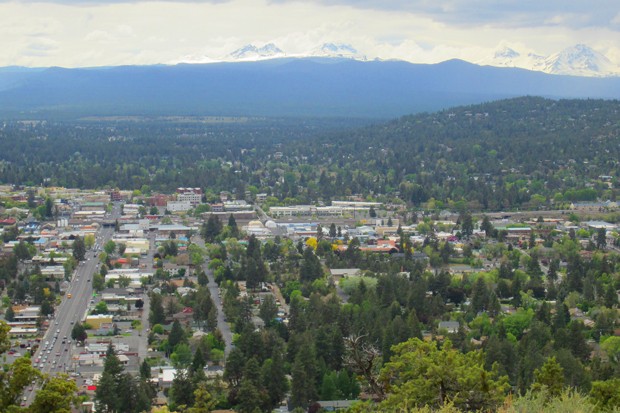 Still, last year, in a time of record-breaking growth that lands us on nationally ranked charts,

Deschutes County Commissioners opted to lower property taxes—thereby lowering the per capita amount the County would take in for the coming budget cycle. According to rankings published by The Oregonian in October 2018, Deschutes County ranks 28th of 35 counties in Oregon for its tax rate, making it among some of the lowest in the state. (Crook County ranked #19; Jefferson County #23.)

Deschutes County's budget covers important services that include the Health Department, 911 services, the Sheriff's office, the landfill and the District Attorney's offices. More people in the county means more need for services—more space in landfills, more calls to 911—and more arrests and prosecutions. In a time when the region sorely needs more mental health services and a full-time sobering center, scoring political points by lowering taxes seemed to take a front seat to offering the full complement of services citizens badly need.

With all that in mind, it should come as no surprise that the office tasked with handling prosecutions would feel the population growth acutely. It should also come as no surprise that the DA's office would need more bandwidth to be able to manage the extra workload that comes with adding roughly 35,000 people to the county in just eight years' time—not to mention an increase of tourists. This spring, DA John Hummel requested an additional $1 million in his budget to deal with the load. His office has seen high turnover due to overloaded attorneys experiencing burnout, he said, adding that some cases did not receive the preparation they deserved before trials. If this continues and he doesn't receive the budget he needs to hire additional staff, Hummel told the Source he'd be forced to stop prosecuting some lower-level crimes.

Hummel has been criticized for his stance, but we see it as a reasonable response to an increasingly untenable situation. Hummel's decision not to prioritize which parts of the requested extra $1 million he would be willing to "compromise" on or dispense with is the move of a public servant leaning on the side of public safety and adequate prosecution services. It's a bold political position for a DA to say, "give me the money or else." And, yet, this is the way to receive public awareness of a dire situation.

Deschutes County Commissioners' decision to cut property taxes in the face of explosive growth was short-sighted, and poor policy has real-life ramifications. Threats to public safety are one of them. The County needs to find the budget to keep the DA's office fully funded.