January 02, 2019
comment
For those of you who haven’t noticed, Redmond’s growing. With growth, sometimes comes the bad, like increased traffic. However, sometimes there’s an upside—like a growth in a city’s parks.

In October, the City of Redmond opened Homestead Park’s bike pump track after raising $55,000 in community donations, according to Annie McVay, City of Redmond’s Parks Division manager. This year, the City is working on its $1.9 million expansion of Centennial Park on 7th and Evergreen, near City Hall. Groundbreaking happened in December, when Kirby Nagelhout Construction demolished the former Printing Post building, removed underground utilities and trees that were deemed unhealthy by the City’s arborist.

“This park expansion project is one of the many ways our urban renewal investments have moved downtown forward,” Mayor George Endicott wrote in a release. “Connecting our pedestrian-friendly downtown to a civic plaza and community gathering place has been part of the City’s vision since 2008.”

According to the City of Redmond, public involvement led to new amenities such as an open space, a civic plaza and gathering area, a small stage area for events, benches, tables an children’s reading nook, a history walk and the coming addition of many shade trees. 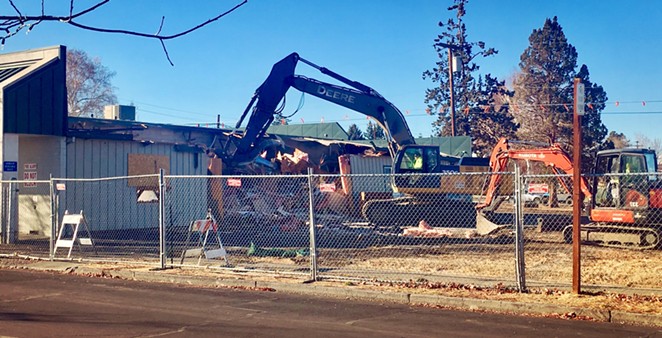 SZABO Landscape Architecture designed the park and funding for the project came from Redmond’s Downtown Urban Renewal District. According to the City, the park’s construction should be completed this fall.

McVay said another project this year is remodeling Baker Park, one of the three original parks built in Redmond. McVay said the 42-year-old park still has its original wooden play structure, which gives it a sense of nostalgia, but is in dire need of upgrades. Coming this year, the park’s new design will include a complete replacement of the irrigation system, the existing play structure, a more attractive portable restroom enclosure and additional benches and tables.

Redmond Area Park and Recreation District’s Executive Director Katie Hammer said they’re considering placing a bond and levy on the May 2019 ballot to construct and operate a new community center.  See related PDF Centennial_Final_Design.pdf
“We have been actively planning for a new recreation center to meet the needs of our community for a couple years,” Hammer said in an email. “A feasibility study was completed in 2017 which gave the district’s board and staff information about what type of amenities our community would like to see in a recreation center, and what the cost of building this facility will be.”

Hammer said they’re considering features such as a leisure pool with water slide and a “lazy” river—similar to what SHARC has in Sunriver—and a gym with two courts that could be used for basketball, volleyball or pickleball. Also an elevated walking track, group fitness space and other classroom or activity spaces are in consideration.

“If this passes, we anticipate the facility will be open in 2022,” Hammer said.