A Healthy Self | Outside Features | Bend | The Source Weekly - Bend, Oregon

As teens and young adults struggle more than ever with mental health issues, wilderness therapy offers a way to unplug

Instead of meeting regularly in a medical office, the clinical team at New Vision Wilderness takes things outside, facilitating group and individual therapy for young people and families year-round. 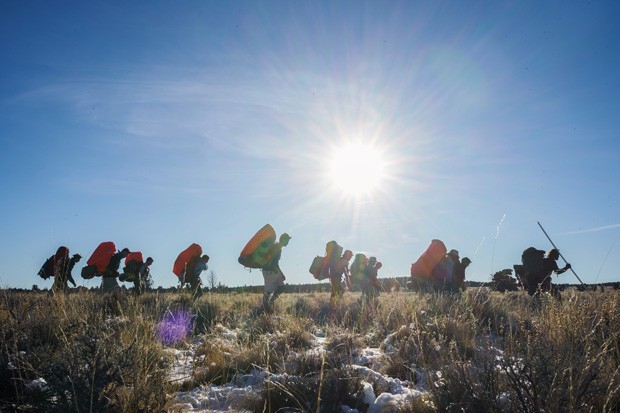 Gear and food are part of the cost of attending the programs that transport patients to various field locations throughout Central Oregon, including sites in the Deschutes National Forest. Teens stay a minimum of 45 days, but the average stay is between six to 10 weeks. The retreats are not punishment based, says Andrew Scott, the executive director of NVW, but are centered around getting to the root of traumatic events that their patients may have experienced—whether that be bullying, a parents' divorce or the death of a grandparent.

"One of the biggest misconceptions about wilderness therapy—that comes from the way it used to run—is that these are bootcamps working with adjudicated youth and so on," says Scott. "As word gets out, more and more families get helped by what we do, they discover that it's a very relational model that works on building healthy relationships."

According to a 2017 Pew Research poll, nearly 3.2 million, or 13%, of teens between the ages of 12 to 17 reported experiencing one major depressive episode in the last year, compared to 8% of teens in 2007. Additionally, a 2018 Pew Research survey of adolescents 13 to 17 found that seven in 10 teens feel that anxiety and depression are both major problems affecting people their age in their community.

According to The National Institutes of Health, youth spend an average of five to seven hours in front of screens per day. A 2018 San Diego State University study on the relationship between diagnoses of anxiety and depression in youth and screen time found that screen time can adversely affect the well-being of children and teens. The study suggests capping child and adolescent screen time to two hours a day. Brad Reedy, Ph.D., is the owner and clinical director for Evoke Therapy Programs, which operates a youth wilderness program near Bend. He says screens and technology have become a mimicry of connection, but in reality, they isolate us. Recently, while speaking with someone who struggles with depression, Reedy says they conveyed that it's really "hard to be human."

“Wilderness, the outdoors, changes your brain chemistry.”—Brad Reedy tweet this

Reedy travels the country, giving lectures and hosting parenting workshops. He's passionate about his work helping families raise children with a healthy sense of self.

"We're not raising children to be a healthy self—we're raising them to be a good student, a good athlete, a good something or other," says Reedy. "Really, the job of a parent, is to raise a healthy self."

Parents naturally have a tendency to want to fix the problems affecting their children, says Reedy, instead of just listening—and that can have an adverse effect on the relationship and not give adolescents what they need to feel safe and cope.

"The number-one feature that creates resiliency in children is having somebody in their life that can see them," says Reedy. "If you can be seen, you develop a sense that you're OK."

The small group therapy coordinated at ETP replicates the family relationships at home, utilizing nature as a backdrop to nomadic primitive living. Six to nine adolescents are grouped with three or four staff and a therapist, hiking spot to spot and working together to set up camp, cook and do other daily chores. 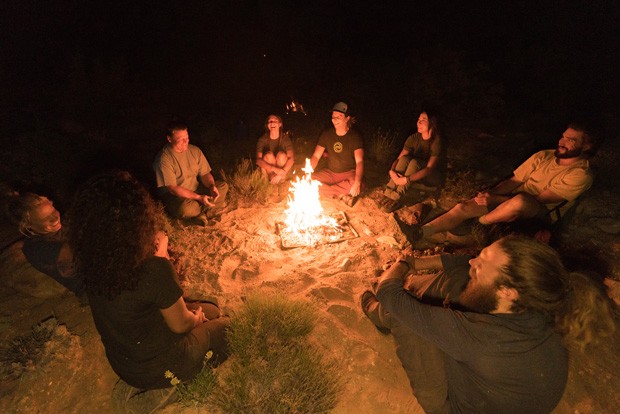 "Wilderness, the outdoors, changes your brain chemistry," says Reedy. "There's lots of research that says getting outside, hiking, good diet, sleep—all of those things in any therapy improves mood. It invites a kind of mindfulness, too."

Emily Moser, the director of YouthLine Programs, agrees that parents often have difficulty listening without giving advice or passing judgement—and that's one of the reasons their model of having teenagers answer their helpline is effective. YouthLine is a peer-to-peer helpline that aims to prevent abuse and suicide by promoting mental wellness.

"If you're a parent or you're a teacher, the most important thing is to really have an awareness around when there's behavior changes," says Moser. "Then having the capacity to talk about it, which is the hard part for a lot of people."

The cost of wilderness therapy can be prohibitive to many families, especially since many insurance providers won't cover these treatments. Both wilderness programs have a base enrollment fee ranging from $3,000 to $3,500, with an additional fee of $545 per day. The average length of the programs is six to 10 weeks.

Scott says that they've made a concerted effort to make their wilderness programs more accessible to everyone by offering scholarships, and families have had luck in securing public funds for their program in Wisconsin.