A Human Rights and Equity Commission is a Good, Big Step

During last week's meeting of the Bend City Council, viewers of the live-streamed event were treated to a long and action-packed evening. Viewers got protracted views of city councilors eating dinner. In the work session ahead of the regular meeting, they got a detailed introduction into what came out of the Diversity, Equity, and Inclusion report and recommendations, prepared by local DEI firm, Allyship in Action, at the request of the City Council.

People who watched the City Council meeting also got to hear over two dozen local people share their perspectives on everything from local leaders' response to the recent ICE protests, to support for the upcoming transportation bond and Transportation System Plan. Viewers got to hear Mayor Sally Russell outline her activities during the night of the ICE protest, which included communication with officials from the Department of Homeland Security. 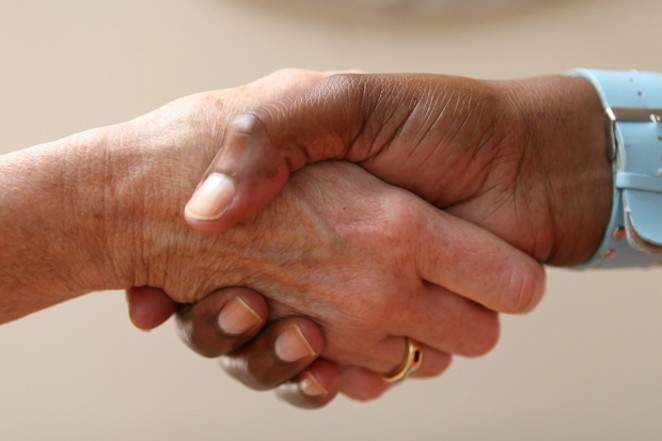 Among the more long-lasting legacies that came out of that City Council meeting was the motion to move forward on creating a Human Rights and Equity Commission for the City of Bend. Approved by the City Council by a vote of five to two (Councilors Justin Livingston and Bill Moseley voted against), the Commission, among other goals, is intended to serve as something of a sounding board for local people to share their experiences and seek resolution for instances of discrimination or harassment that can't be resolved via other channels. The Commission, if crafted in a manner similar to the recommendations, would have a goal of having its members be a "diverse and representative commission" that includes a majority of members who are people of color or who are among historically marginalized groups.

Allyship in Action worked with a DEI Task Force, made up of local people, to craft the report and recommendations councilors saw Wednesday. According to the report, "Task Force members were primarily concerned with the Commission's ability to serve as a driver of meaningful change with the capacity to hold City Council accountable to its commitment to diversity, equity, and inclusion. They also expressed the importance of having a forum for community members with concerns or complaints related to diversity, equity, and inclusion."

As the report explained, "Many, but not all, DEI or human rights committees and commissions have responsibilities that include responding to complaints of discrimination. The response roles of these committees and commissions are often tied to the city's non-discrimination ordinance. In Bend, City Code Ch. 5.25 (Bend Equal Rights Ordinance) prohibits discrimination in employment, housing, and public accommodations on the basis of race, religion, color, sex, national origin, marital status, age (if the individual is 18 years of age or older), or physical or mental impairment, sexual orientation, or gender identity." That code directs people to file a complaint with the Bureau of Labor and Industries, or to file a lawsuit if they encounter a violation of the Bend Equal Right Ordinance—but as the Task Force and the report outlined, not all instances of discrimination can or should be moved through those channels, so this new commission would serve a needed role.

While the City Council's vote on Wednesday served only to direct city staff to draft code language for the new Human Rights and Equity Commission, it comes after nearly a year of work by the DEI Task Force and Allyship in Action—and after a summer that has been full of renewed vigor and interest in ensuring that all Bendites feel safe and welcomed in our community. It is, in our minds, no coincidence that Bend comes to wrestle with this topic in a meaningful way at the same time as new 2020 U.S. Census Bureau figures show the population tipping over the 100,000 mark. Cities smaller than ours have already established such commissions and done more work around diversity, equity and inclusion than Bend has—so it's high time that we tackle it ourselves. (To the Council's credit, the goals councilors crafted for themselves in March 2019 included prioritizing diversity, equity and inclusion.)

While there's still much more work to be done to see the City of Bend be a thought and action-oriented leader around DEI work, these are a few big steps in the right direction. We'll be looking forward to seeing the draft code language as it rolls out this fall.