A Local with Super Powers

The body language expert who also cooks a mean empanada 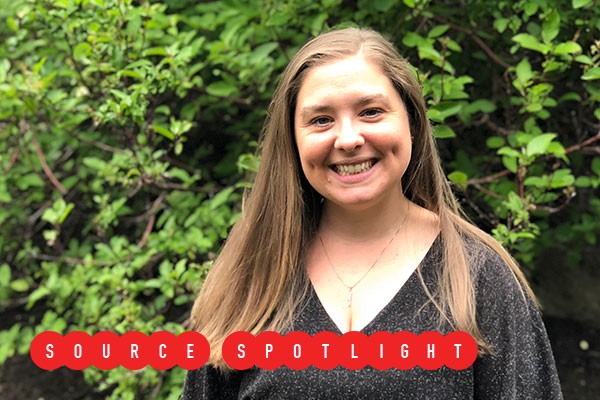 "My clients tell me I have super powers," jokes Silvina Galmozzi, when we meet for our interview. Galmozzi—who most people call "Silvi" because they have trouble pronouncing her name—can read people without knowing them. The body language expert, who has a warming smile and a presence far bigger than her 5-foot frame, honed her powers after moving to the Unites States 16 years ago. She grew up in Buenos Aires, Argentia, the capitol and Argentinian version of New York City.

When I visited Galmozzi's home, something delicious was cooking in the oven. She'd made empanadas for me, saying it's the food she grew up with. The recipe, learned from her grandma and mom, isn't written down anywhere. She, like the other women in her family, know it by heart. We sat down with warm empanadas and glasses of wine and I learned how Galmozzi found her super powers.

Before moving to Bend a year ago, Galmozzi lived in Miami and worked in human resources doing employee relations, hiring and corporate training. When she started doing workplace investigations, she took a lie detection class with the Science of People. Learning how to tell if someone was lying was key to navigating the truth behind the multiple stories she would hear during a workplace investigation. She went on to learn more about body language to improve her own presentation skills when she did trainings. Now she's a body language expert and has her own company, The Wolf Advantage, with her fiancé, Dave Wolf.

With her skills, I wanted to know what she notices that other people don't. She said, "I pay a lot more attention to people's bodies than their words. My memories of conversations are more about other things like their tone of voice."

Galmozzi asked me, "Have you ever met someone you don't know but for some reason you don't like them?" "Of course," I said. She said, "that's all body language. Their words were not aligned with their body. Once you can decode it, you get it." Galmozzi works with people for various reasons. They may want to get ready for an interview, a job or a relationship, but the information they learn applies to all of it.

This fall, Galmozzi will be presenting her body language knowledge at "Know Man's Land: Empowerment Tools for Women," a free workshop for women 13 and older. The event is intended to be an opportunity for women to educate and support other women through information sharing, hands-on demonstrations and structured presentations.

As you might imagine, Spanish is Galmozzi's native language. When she was living in Miami, almost everyone spoke Spanish, so it wasn't unique. In Bend, she discovered it was unique—and so she's been asked to be an interpreter and tutor. She told me about an experience interpreting for a Hispanic woman giving birth at St. Charles Medical Center. Once the baby was born, family members streamed in. The new grandma brought in trays and trays of food to serve family and hospital staff. With Galmozzi's background, she was able to explain to the hospital staff that the assembly was part of their celebration of new life. When Mexican people celebrate—like Argentinians—they bring food. Lots of food.


"Have you ever met someone you don't know but for some reason you don't like them?... That's all body language. Their words were not aligned with their body. Once you can decode it, you get it." — Silvina Galmozzi tweet this

Galmozzi loves to feed people, too. She shares the dishes she grew up with, including empanadas, steak with chimichurri or milanesas de carne—a steak coated with flavorful breading and pan-fried. She always has to-go containers to give people food when they leave. She said, "I grew up with that. Family would bring Tupperware. You go home with lunch you could have the next day." True to form, she sent me home with a container of empanadas and coconut cookies.

Galmozzi would want me to leave you with something to take home, too,so here are a few body language tips about what to do with your hands. For one, don't keep them in your pockets. Keeping them in sight builds trust and likability. Now that those hands are out of your pockets, don't use them in the wrong way. Limit soothing gestures such as rubbing your hands and playing with your hair, because those are seen as low-confidence gestures. And lastly, for those times when you simply don't know what to do with your hands, act like a super hero. Seriously, put your hands on your hips. It might just make you feel more confident.